Back to main menu 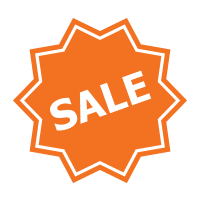 ”If it’s something you don’t know much about, assign a promotion leadership position to someone in your group that is excited about it.”

Ah, promotion. You know it’s important, but unless you graduated with a degree in marketing, you’re probably not all that interested in spending much time on it.

But you need to. If it’s something you don’t know much about, assign a promotion leadership position to someone in your group that is excited about it. Look for someone creative, organized and outgoing. Depending on the size of your group and your fundraiser, you may want a whole team working solely on promotion.

Don’t try to take on every option we list; there is such a thing as having TOO many messages flying around out there.

In the long run, promoting your fundraiser is going to get you more supporters or more attendees at your event. It’s going to get people excited and it’s going to spread your group’s overall message and goal. It could also result in more people in the community joining your group. Once people understand your cause and see how passionate you are about it, they’ll want to be a part of that.

The benefits are endless and will likely continue after your fundraiser is over. Plus, some of this stuff is really fun! So don’t try to take on every option we list; there is such a thing as having TOO many messages flying around out there. We’ll give you the skinny on how to promote for your fundraiser, when to get started, what options there are, and how to keep your message cohesive.

Focus on Your Audience

Some forms of promotion will reach the whole community, like posters and flyers, but others are going to target certain groups of people. Think about who would attend your event or buy your products. What kind of people are they? Sometimes it helps to develop a persona for your fundraiser. Lists the traits of the person you envision participating in your fundraiser and give them a name. It sounds silly, but it will help you in the decision-making process as you continue your promotion.

Let’s say you named your persona Deb, and she’s an older mother, new grandmother and she’s active in the community. She’ll likely respond to more traditional promotion in the local news outlets. Unless being Internet-savvy is one of her traits, you probably don’t need to spend much time on email marketing, website building or social media to reach Deb. Think about your audience as you pick which promotion methods to pursue.

Plan to implement your promotion methods two to three weeks before a traditional sales fundraiser and four to five weeks before an event fundraiser. This will give your community some time to get some word-of-mouth going about your fundraiser.

As you’re working on several different promotional materials at once, it’s easy for things to get disjointed. Of course, your basic information will always be the same, but if your materials don’t look cohesive, they won’t be seen as one consistent message. If you’re creating posters and flyers, keep the type font and design colors consistent. Incorporate these things into your advertising, social media, website, email marketing and direct mail pieces as well.

Promotion is all about building community. Not in the construction, brick-and-mortar way. Building community basically means making friends and building trust. How do you do that? Well, if your promotion seems in-your-face, pushy, and a little like a sneaky car salesman pitch, then you’re not likely to build a lot of trust.

Share your group’s message because it’s something you believe in and truly think other people in your community should know and care about.

Also, your promotion shouldn’t always be about you and your group. This seems contradictory, but hear us out. Just like you learned in kindergarten, you need to be nice if you expect others to reciprocate the favor. Mention other groups in your announcements. Take time to recognize their fundraisers and needs. Participate in their fundraisers. That’s how you make friends and create a positive image in your community.

It’s not that we think you don’t know this stuff already, but it’s easy to get caught up in the promotion process and come off as pushy and desperate. Share your group’s message because it’s something you believe in and truly think other people in your community should know and care about. You don’t want to come off as money hungry. Yes, money helps you reach your goals, but your group should be giving back to the community with the work they do with those funds. Make sure the community knows that, and they’ll be willing to help.

If you’ve soaked in all that promotion info like a little sponge, you’re well on your way to a successful fundraiser. If you’re on information overload, no worries – here’s the gist: