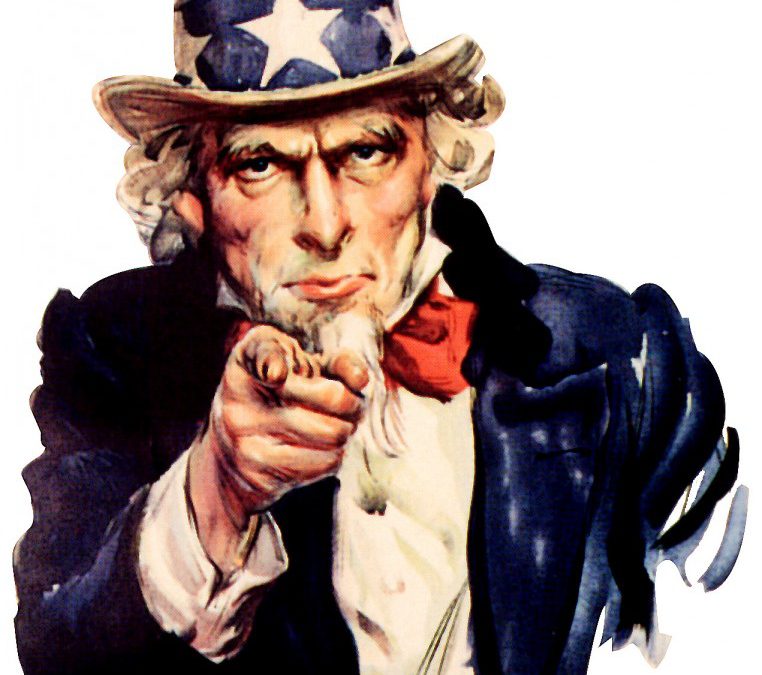 Since the 19th century, few things have symbolized the United States of America as much as good old Uncle Sam. The image of an older gentleman, clad in red, white, and blue, clothing, his finger pointed firmly in the direction of the beholder, has inspired patriotic sentiments for generations. But what do we know about Uncle Sam?

Is Uncle Sam a Real Person?

Uncle Sam’s image is instantly recognizable, and he’s often spoken of as an actual person, even though the name refers to the United States government. So, who was the real Uncle Sam?

As is so often the case with historical facts, some details are uncertain, but here’s what we know.

The man responsible for inspiring Uncle Sam was Samuel Wilson (1766-1854), a meat-packer. One of the founding settlers of Troy, New York, Wilson joined the Revolutionary Army at age 15. In the army, his duties revolved around meat, including caring for and slaughtering cattle, mending fences, and guarding food. After the war, Wilson and his brother Ebeneezer operated profitable businesses in Troy, including E & S Wilson, a meat-packing plant. Wilson was active in his community and exceptionally well liked, and reportedly earned the popular nickname “Uncle Sam.”

When the War of 1812 began, Wilson got involved with supplying American troops with food, as well as becoming a meat inspector for the military. Soldiers familiar with Wilson began to joke that the “U.S.” markings on meat barrels actually stood for “Uncle Sam” instead of “United States.” Over the years, “Uncle Sam” appeared in print and pictures in a variety of forms, but always symbolizing the government of the United States.

In 1961, the United States Congress adopted a resolution stating, “Resolved by the Senate and the House of Representatives that the Congress salutes Uncle Sam Wilson of Troy, New York, as the progenitor of America’s National symbol of Uncle Sam.”

Check out Wikipedia for a thorough look at Samuel Wilson!

When Did Uncle Sam First Appear? 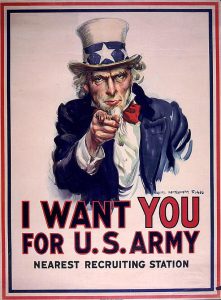 The most famous image of Uncle Sam was first published in 1916, on the cover of a publication called Leslie’s Weekly. The famous political cartoonist who made Uncle Sam popular was James Montgomery Flagg. Uncle Sam’s look was designed and illustrated by Flagg, and by 1918, the image had been printed millions of times. Its most famous usage was when printed with the words “I Want You For The U.S. Army.” Ever since Uncle Sam has represented patriotism and celebration of America’s armed forces.

Rada Cutlery is an American company that partners with tens of thousands of nonprofit groups each year. Just as Uncle Sam encouraged Americans to do things for their country, we at Rada want to see everyone contribute to good causes. With Rada Cutlery, organizations such as schools, churches, civic groups, charities, teams, clubs, and more meet and exceed their goals!

Our fundraising process is streamlined and fine-tuned to work with any group. We offer three different sales methods, each of which can be used to utilize your group’s strengths and maximize profits.

Each and every sale will earn your cause an amazing 40% fundraising profit! People love Rada, and you can count on repeat fundraisers to do as well or better than the ones before.

Our website can get you started with a successful Rada Cutlery fundraiser! 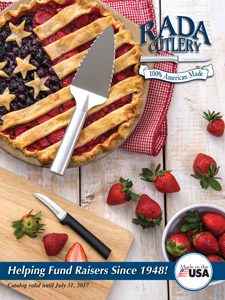 Check out the great prices and remember that you are going to earn 40% profit on the catalog price!

Founded in 1948, all of Rada Cutlery’s products are made in the USA. From design to materials to manufacture, there’s not a step in the Rada process that doesn’t occur on American soil. Our workers are among the best in the world, applying unparalleled skill and care to everything we produce. We stand by what we offer, which means all cutlery and utensils come with a Lifetime Guarantee!

Watch this video to learn more about what makes Rada Cutlery so remarkable!