Soccer is the world’s most popular sport, and gains in popularity in the United States every year. From youth teams to professional clubs, soccer can be found everywhere, and is enjoyed by player, coach, and spectator alike.

You’ve probably heard that in many parts of the world, soccer is known as “football.” But there’s a lot more to know about soccer than that. Impress fellow players, coaches, and soccer watchers with a few of these interesting trivia tidbits! 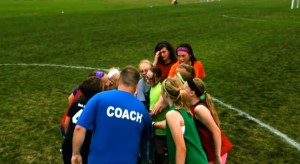 As is the case with any sport, a good soccer team has an array of needs. Money can be required for a playing field, facilities, equipment, transportation, celebrations, and more. Even though expenses may add up, soccer teams can rest easy knowing that a fundraiser with Rada Cutlery can satisfy their financial requirements.

What is Rada Cutlery?

Rada Cutlery produces America’s best knives, kitchenware, and more. Since 1948, we have partnered with tens of thousands of groups a year to raise funds for numerous causes, including soccer teams, church groups, charities, and much more.

Stop by our website to see what Rada Cutlery is all about! 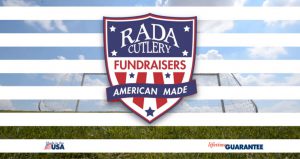 Why Fundraise with Rada Cutlery?

Rada Cutlery is the partner of choice for tens of thousands of groups every year. Here are five reasons why Rada Cutlery offers the best fundraiser you can find:

1. Amazing Products – Rada Cutlery offers much more than 26 pieces of incredible cutlery. There are also 21 handy kitchen utensils, 42 recipe books brimming with tasty dishes, and six stoneware baking pieces that put metal pans to shame.  You also won’t want to miss out on our 43 delicious Quick Mixes, nor our 28 gift sets that make the perfect gift! All cutlery, utensils, and gift sets come with a Lifetime Guarantee, so you can buy and use with confidence!

2. Huge Profits on All Sales – We think that every positive effort a group member puts forward during a fundraiser should have a noticeable impact. That’s why our products are not only affordable to appeal to your supporters, but also give your fundraiser an enormous 40% profit on each sale!

3. Unparalleled Customer Service – Rada has second-to-none customer service reps on staff to assist you every step of the way. Whether you’re inquiring about starting a fundraiser, placing orders, or have a question about one of our fabulous products, you’ll always find Rada’s reps to be courteous, friendly, and helpful!

4. Three Unique Ways to Sell – Your group can fundraise with Rada in more than one way. There’s catalog sales, where your group hands out catalogs and takes orders from supporters. You can also do event sales, where you directly sell the products at an event such as a crafts show or church gathering. Then there’s online sales, which is great for fundraising for far away supporters or if you have a tech-savvy group. Use one, two, or all three methods!

5. American-Made Products – Every Rada product, without exception, is made entirely in the USA by American workers. From design to manufacture to your kitchen, Rada is American all the way, with all sales supporting domestic industry.

We at Rada hear daily from those who have hosted a successful Rada fundraiser.

Get Your Rada Fundraiser Started!

The sooner you get your Rada fundraiser started, the sooner your soccer group can get the money it needs to thrive.

Visit our website to see how you can get started with a successful Rada Cutlery fundraiser!

The Earthquakes, a girls soccer team in Jesup, Iowa, met their financial goals by fundraising with Rada Cutlery. Part of the Cedar Valley Youth Soccer Club, they found that a Rada fundraiser got them where they needed to be, and quickly.

You Can Pin It! 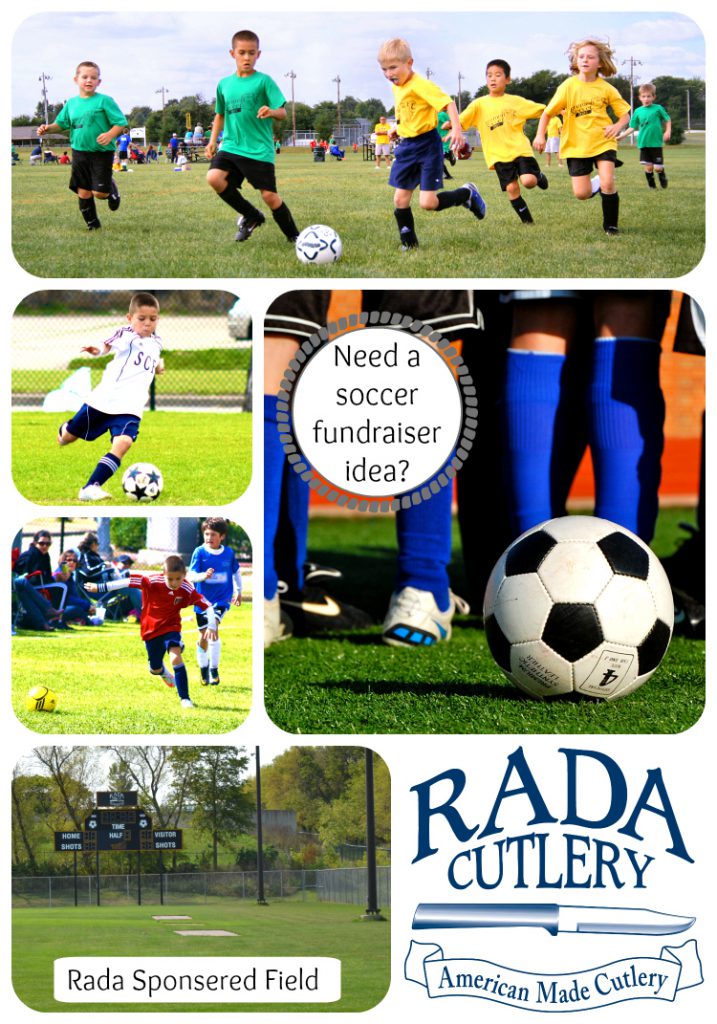 “Soccer can take really anybody and make them into a player. It’s all about a team, it’s not about an individual. An individual does not win games it is more of a team aspect.”
“My name is Shaye Korsi and our soccer team name is Earthqaukes. I like that we get to make new friends and have fun.”
“Jesup is a very tight community, we have a good amount of kids and we want to make sure that we have programs that keep kids active.”
“Recently we worked with Rada Manufacturing and they had a fundraising activity that our kids could go out and sell cutlery to help raise funds to keep these fields running and to keep these fields maintained.”
“I asked friends and family if they wanted to buy stuff from Rada and then I wrote down their orders. It got new goals for us and it got us to get to play in our hometown.”
A lot of kids put a lot effort into it and we had a lot of some really good individual results as well as team results.”
“Because of Rada we have a nice complex to play on in our hometown.”
“Seeing them happy and smiling, hustling and giving everything they have for me makes me feel great. I couldn’t ask for anything more.”