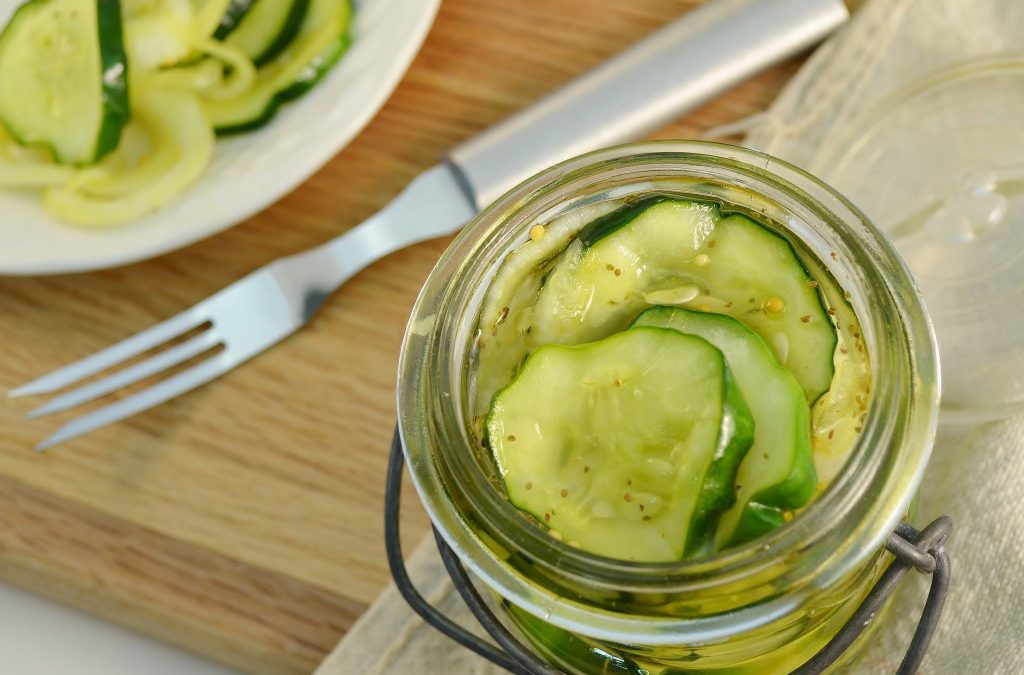 Summer is the season for pickles because gardens are overflowing with cucumbers. Learn how to preserve your pickles with this simple bread and butter pickles recipe.

Turn your cucumbers into some of the best pickles you’ve ever had with our Bread and Butter Pickle recipe! These are perfect as a snack, on sandwiches, or to impress your friends at a barbecue! The best part is that these pickles don’t require any canning… just stick them in the fridge and you’ll have delicious Bread and Butter pickles in no time! 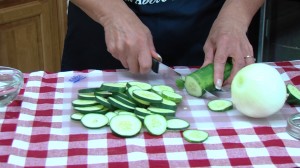 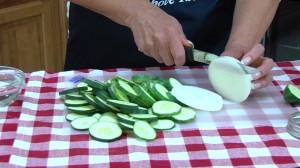 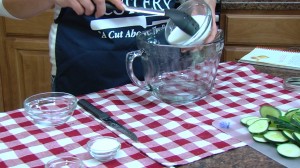 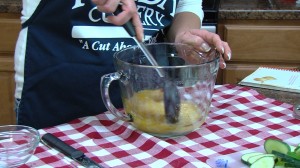 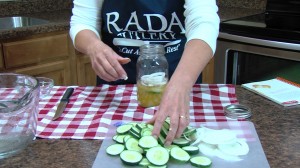 Place sliced cucumbers and onion in layers. Seal and place jar upside down for 2 hours. Place right side up in refrigerator and let sit for 24 hours. Enjoy! 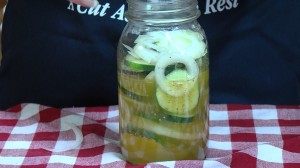 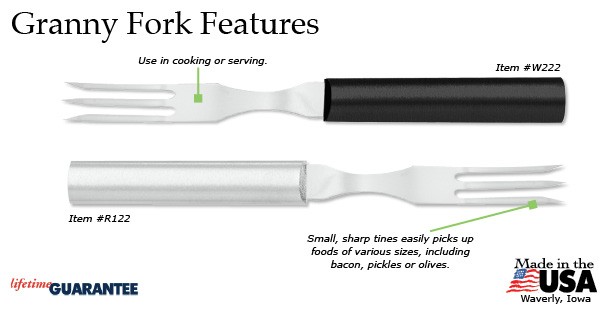 The Rada Granny Fork is a three-pronged utensil that you’ll never run out of uses for! Its small, stainless steel tines easily pick up food of all sizes, such as bacon, olives, or pickles. Use it to pick up foods, turn them while cooking, or even to hold meat as you carve. It’s made in the USA, and comes with a Lifetime Guarantee!

Get your own Rada Granny Fork today!

A Sturdy Knife For Your Kitchen! 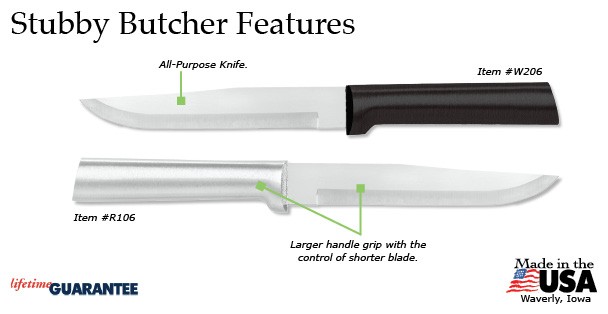 The Rada Stubby Butcher Knife is an all-purpose knife that you’ll find yourself reaching for again and again! Constructed of stainless steel and hand sharpened for a razor edge, the Stubby Butcher offers the superior control of a large-handled knife with the versatility of a medium-sized blade. It’s made in the USA, and comes with a Lifetime Guarantee!

Visit our online store to have a Rada Stubby Butcher Knife delivered to your door!

Why Are They Called Bread & Butter Pickles?

The exact origin of “Bread and Butter” is unknown, but rumor has it the name first started popping up during the great depression because people would make sandwiches consisting of bread, butter, and pickles. Pickles were cheap, readily available in gardens, and easy to preserve. Therefore they became a common mealtime staple during the Great Depression.

Partner With Rada For Your Fundraiser!

Since 1948, Rada Cutlery has been the fundraising partner of choice for tens of thousands of groups each year. With our extensive catalog of superior cutlery and kitchen utensils available for sale, fundraisers can bring in money for their causes while providing those around them with quality products they will love. Churches, schools, sports teams, youth groups, and more meet and exceed their financial goals with Rada.

Stop by our website for information on how to partner with Rada for your next fundraiser!

Hi, Kristy in the Rada kitchen, and I just picked a couple cucumbers out of the garden. I’m going to make some Bread & Butter Pickles. I’m using a recipe out of our Freezer Jams and Refrigerator Pickles cookbook. You don’t have to sterilize anything or have any hot water baths. You just put them in the refrigerator where they’ll last about 3 months.

What you need are 2 cucumbers and we’re going to thinly slice these. We’re going to slice these about an eight to a fourth inch. I’m using this Rada Stubby Butcher Knife. It’s a sturdy knife, almost a slicer but not as long so it’s easy to maneuver. It’s great for slicing chicken. The blades are super sharp.

I did a little research on how Bread & Butter Pickles came about. Back in during the Great Depression, many people had bread and butter, but no meat. They’d put cucumber slices in the middle of a sandwich. If you have a group or team that needs new uniforms, perhaps a ban, you can sell these Rada products for a 40% profit. There aren’t a lot of fundraisers that let you make that much profit, plus they’re items that people really want and are going to use. They have a Lifetime Guarantee and are 100% made in the USA.

So now you need a half of an onion. Again we’re going to slice that really thin. I just set those aside and now in a spouted bowl we’re going to mix together ¾’s cup of distilled white vinegar. Now this is just going to make a quart jar of Bread & Butter Pickles. If you want to make a gallon, just multiply everything by 4. Then we need ¾’s cup sugar. 4 teaspoons of pickling salt, and ¼ teaspoon mustard seed, a ¼ teaspoon of turmeric, and ¼ teaspoon of celery seed.

We’re just going to stir that until it’s all really well blended. Once you have all the sugar and vinegar well blended, pour into a 1 quart jar. Now we’re just going to layer our cucumbers and onion. The onion you’ll want to separate into slices. This will be the easiest canning you’ve ever done. They’ll be ready to eat in 1 day.

I got all my pickles smashed in the jar, and now to seal it with a tight fitting canning lid. Turn that upside down and let it sit on your counter for 2 hours. After 2 hours you can turn the jar right-side up and set it in your refrigerator and let them sit about 24 hours before you eat them. They’ll be good in the refrigerator for about 3 months. That’s just one of the recipes in our Freezer Jams and Refrigerator Pickles cookbook. Enjoy!