Make the Perfect Panini | How to Make a Turkey Panini 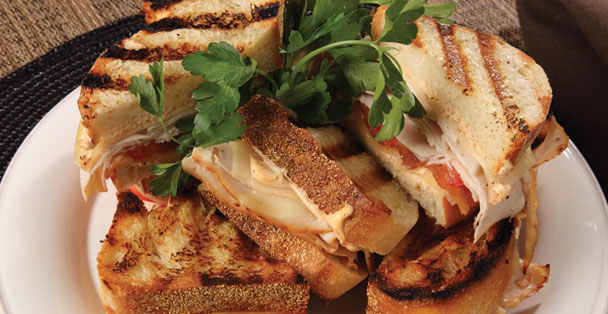 It’s lunch time, but there’s nothing good around the kitchen to eat. Don’t go for the lack-luster leftovers from last night (or even before!). Try something fresh and tasty like these easy turkey paninis!

Panini’s are a great alternative to a sandwich because they are warm, crispy, and filled with melted cheese and sauce. Try this simple Rada Quick Mix recipe for turkey paninis.

How to Make a Smoked Turkey Panini 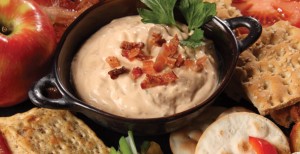 Build the panini sandwich with turkey, tomatoes and cheese.

Remove skillet and foil, then carefully flip the panini. Replace the tin foil and skillet on this side. Heat another 2-3 minutes. Carefully remove from skillet and repeat if necessary. Cut your panini into halves using a Rada Super Parer. 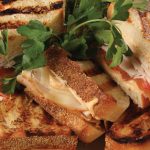 In the following video, Chef Jere makes smoked turkey paninis and teaches some techniques about preparing bread to be made into paninis. 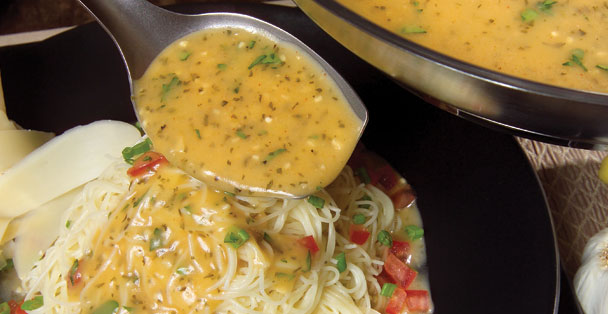 Would you like to prepare some delicious dishes faster? If so, you must try our phenomenal Rada Quick Mixes!

Rada Quick Mixes are easy to prepare, because they come in dry mix packages that you only need to add one or two extra ingredients to (typically water or cream cheese). Here are the different varieties of quick mixes we offer, each having multiple flavors to choose from:

From these great quick mixes, you’re able to not only make them into what they are, but you’re able to create something new with them like Chocolate Fondue over Traditional Butter Pound Cake or Chipotle Dip spread over Tortilla Wraps. 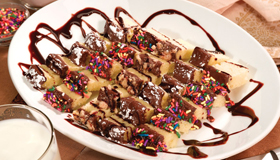 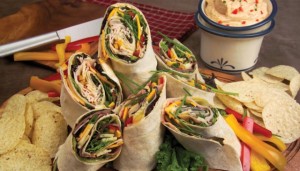 What is a Panini? 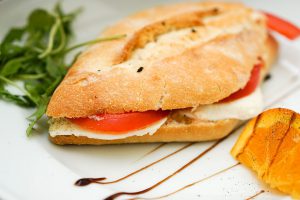 Paninis have become beloved by millions of Americans, but not everyone has yet to try one! Quite simply, a panini is a sandwich made from grilled bread other than sliced.

The Best Way to Fundraise! 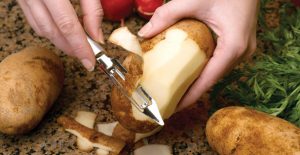 Rada Cutlery has been the partner of choice for countless nonprofit groups since 1948. By partnering with Rada Cutlery, your fundraiser has a number of advantages that will ensure success!

Here are five reasons why Rada Cutlery is the best choice for all kinds of fundraising:

1. Products People Want – Rada Cutlery offers cutlery, kitchen utensils, stoneware pans, cookbooks, and much more! All cutlery, utensils, and gift sets are backed by a Lifetime Guarantee, so supporters can buy and use with confidence.

2. Big Profits on Sales – Rada Cutlery fundraisers give your group an incredible 40% average profit on items sold! That’s far more than most fundraisers. Your group’s efforts go further with Rada!

3. Incredible Customer Service – Fundraising groups are known to rave about the quality of Rada’s customer service. Our friendly, knowledgeable representatives are committed to helping each fundraiser be a success!

4. Three Great Ways to Sell – A Rada fundraiser offers not one but three unique sales methods, each designed to maximize your group’s profits! Catalog sales is a tried-and-true method that allows your group to offer catalogs to friends, family, neighbors, and coworkers. Event sales feature a personal touch, taking advantage of friendly crowds and physical interaction with our stellar products. Online sales utilize the power of the Internet to allow fundraisers to make easy sales to supporters close and far. Use one, two, or all three methods to earn money for your cause!

5. American-Made Cutlery – Every Rada product is made entirely in the USA. American workers craft each item with unmatched skill, making products your group and its supporters can be proud of. Stop by our website to learn more about how our employees’ skill and dedication make Rada products the best for your fundraiser! 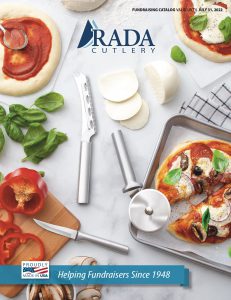 This will make four sandwiches, four large sandwiches using one pound of slice turkey. I am just going to slice one tomato right now. Next thing I am going to do is slice the bread. I’m using a loaf of French bread, fresh baked from your grocery bakery or your local bakery. We are going to slice this on a bit of a bias; we want about a six inch cut on this, instead of straight across like that so we get a little bit more length on our bread.

Let’s start right here, just cut right in, this is our ten inch bread knife, serrated. It is a really nice bread knife; a cut real clean, doesn’t shred your bread anything like that and it is a real easy stroke. Do not do the cutting; let the knife do the cutting for you. It will give you a nice smooth cut on the bread.

We are only going to make two sandwiches right now. That is about three quarters of an inch wide. Let’s start building our sandwiches. Lay the bread out like that; next thing I am going to do is grab our apple wood smoked bacon dip using the Rada Party Spreader. One thing neat about this, if you notice the black handle on this, this is dishwasher safe. It is a very nice feature we have added to it.

We are going to spread the smoked bacon dip, you know me. Both sides of the bread. Don’t be scared to get a little aggressive with it; that is what makes a sandwich. Our next step is putting the cheese on. I always like putting the cheese first because it is closes to the heat, so the cheese will melt. You do not want to put your tomatoes down because you do not want them to be the hottest on the bread so we put a couple pieces cheese down on both sides of the bread. Go ahead and angle it like that, it kind of neat, lets it kind of melt off the bread.

Next let’s put the tomatoes on. Put two tomatoes each, put a little more cheese on there. We’ve got a pound of smoked sliced turkey right here, so we want to divide that up. About four ounces on each. That is a nice hardy sandwich. The next step is we are going to make panini’s out of these sandwiches.

What I have here is a nonstick skillet and you want to heat it to medium to medium high heat. I started that about five minutes ago, get the pan nice and hot before we start this. Don’t get it too hot, like I said medium to medium high. First thing I want to do is brush the tops of the bread with olive oil. This will help brown the bread, to look nice. If you have a grill pan at home this works very well with a grill pan, gives us some nice grill marks on it.

Next thing we want to do is take these olive oil side down into the skillet, same with this one. Then we are going to brush the tops of the other side of the bread. Make sure you get enough on there so it keeps it brown evenly. Let me show you the trick to make a panini, panini means basically you are pushing down the bread.

We are going to take some tin foil and put it over the top and then we are going to put a skillet on top. Just press down a little bit. We are going to let that cook four to five minutes per side. We will check it after about two to see if it is browning up on that and we will wait to cook the sandwiches.

Okay so we have grilled our panini on both sides, about four to five minutes each side; nice golden brown, ready to pull them up and plate them up. See that cheese is melted very nice on there. They’re just warm not hot so the tomatoes won’t be mushy or anything like that. When I cut these, we are going to cut these on a bias cut just like that. Doesn’t that look good? Let’s plate these up. We will just do a little parsley garnish here. And there we have it, smoked turkey panini with apple wood smoked bacon dip.