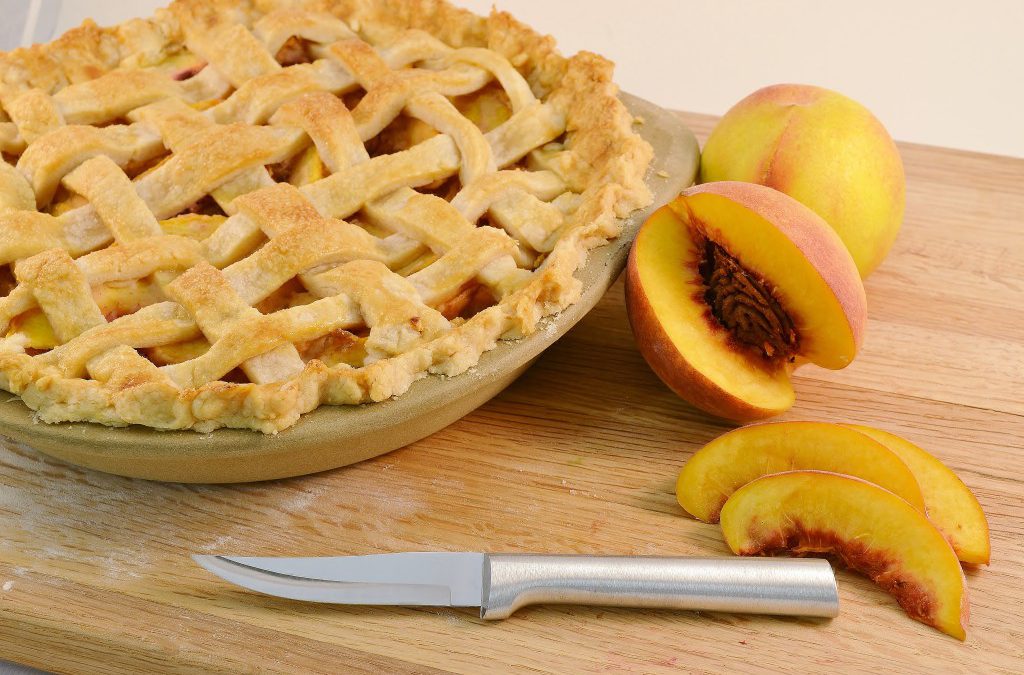 When it comes to dessert, nothing beats a Homemade Peach Pie. Its flaky, golden-brown crust contains sweet, juicy peaches that will melt in the mouth of anyone lucky enough to get a taste. Use this recipe to make a peach pie of your own! 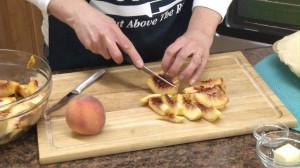 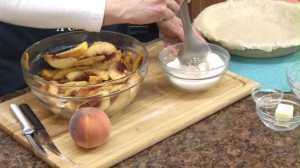 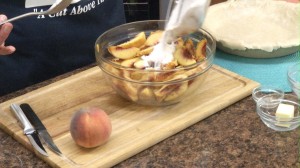 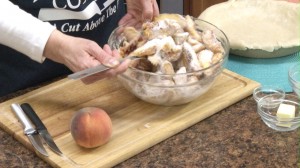 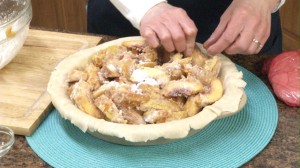 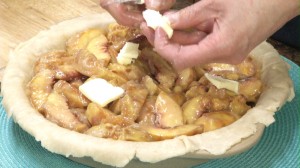 Place top crust over filling. Brush with egg yolk and water mixture. Sprinkle a pinch of sugar over the crust. Place pie in oven heated to 400 degrees for 10 minutes. Reduce heat to 350 and bake another 30-35 minutes, or until filling bubbles. 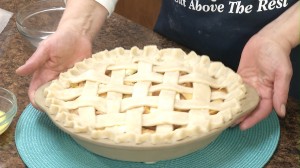 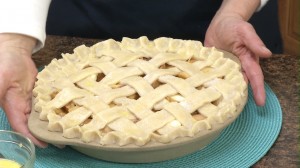 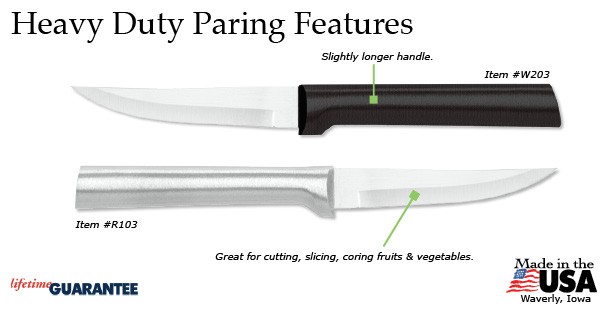 You can’t beat the Heavy Duty Paring knife! Virtually every recipe requires cutting of some variety, which means a great knife is essential to any kitchen. The Rada Heavy Duty Paring is the ideal knife for cutting fruits, vegetables, and much more. The 3 ¼ makes it well-suited for foods of all sizes, while the longer handle gives the user superior leverage while cutting. It’s made in the USA and comes with a Lifetime Guarantee! 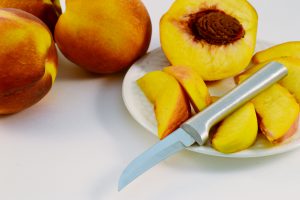 Peeling (also called blanching) a peach is child’s play when you do it our way!

Follow these easy instructions to peel peaches for your Homemade Peach Pie!

Use Rada, Raise Money with Rada!

Since 1948, Rada Cutlery has been sold by countless fundraisers to generate millions of dollars for worthy causes. Churches, schools, charities, civic organizations, sports teams, and more have found that Rada Cutlery is not only a superior product at a great value, but that it practically sells itself!


Hi, Kristy in the Rada kitchen, and today I’m making a recipe for peach pie. And I’m going to do a lattice crust on it, it’s really simple, you need like seven peaches, a little bit of sugar, a little flour, and it’s ready to bake.

So for your peach pie, you’ll want firm, not too ripe peaches. I’ve actually blanched them, I made a video where I showed you how to do that, Now I’m slicing them using the Rada Heavy Duty Paring knife. It’s really sharp, it makes it really easy to slice through those peaches. And then I put them in a bowl with two tablespoons of lemon juice. That’ll help them keep that nice yellow character. Then you’ll need a fourth cup of flour plus one tablespoon. And to that we’re going to add three fourths cup of sugar and a half a teaspoon of cinnamon. I’m just going to mix these before I place them over in my peaches.

I will just pour that over the peaches and then just gently stir them until they’re all nicely coated. I like to let this sit for about five minutes. You can get your two crust pie made I put it in the Rada pie plate, the stoneware. And I’m going to brush this with one egg yolk that I mixed with two tablespoons of water. This is an unbaked pie crust. This egg yolk wash will just crispen it up a little bit. So now we’ll put our peaches in there. If you have loose flour like that that’s fine, just get it over the top. I kind of arrange them a little bit so they lay there nice, you don’t have any air holes. Then you can make a lattice type crust, there’s another video on how to do that. And now before you put that top crust on you’ll want to put a tablespoon and a half of butter slices over it. Just kind of dot it on there.

So now I’ve put on this beautiful lattice top. You just put on a traditional flat crust, be creative, however you want to make it. I did do a video on how to do a lattice top, if you want to watch that, now I’m going to brush it with our egg yolk that we watered down with two tablespoons of water. This is going to make it nice and golden. So just brush that on the crust. You can also use milk I’ve brushed crusts with milk, anything to give it that nice golden brown color that’s beautiful Once you’ve brushed the crust with the egg mixture, sprinkle a little sugar on there, that gives it what I call “sparkle.” And we’re going to put this in a 400 degree oven for 10 minutes, then we’re going to reduce that heat to 350 and bake another 30 to 35 minutes, or until it’s bubbly, it’s the bubbly that makes the juices thicken, so you want to make sure it’s brown and bubbly. Go ahead and put some tinfoil around it.

Alright, so I have just taken the peach pie out of the oven, the crust is golden brown, the filling is bubbling, so you know it will thicken as it cools, so let it cool all the way down, then you’ll have your delicious peach pie, serve it with ice cream.