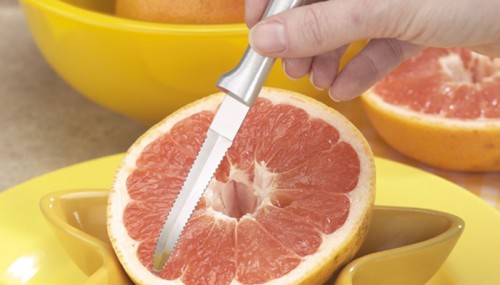 What is a Grapefruit Knife?

A Grapefruit Knife is a small knife with a curved blade that’s serrated on both sides. This handy knife is specifically designed to easily section a grapefruit. The curved blade is design to slide along the peel, separating the fruit without cutting away the pith. This makes them the best way to cut a grapefruit.

How to Use a Grapefruit Knife

In the video below, Kristi demonstrates how to cut the grapefruit. 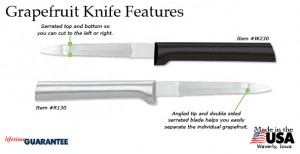 The Rada Grapefruit Knife has a 3 3/8 inch blade. This special knife has a blade that has an angled tip and the double sided serration helps you easily separate the individual grapefruit. This is also used to separate the outer edge of the segments from the rim and membrane of the fruit. With the Rada Cutlery Grapefruit knife, you will find cutting and preparing a grapefruit has never been easier. The knife can also be used for cutting oranges, just look to see what a customer had to say.

“How refreshing to find something that is well made in the USA, well priced, and does the job. I can’t imagine how one would make a better grapefruit knife. Those ones with blades on both ends are silly and possibly dangerous. I often use it to cut sections of large oranges as well as grapefruits. And it has a lifetime warranty. Very nice.”

The grapefruit knife is offered in the stainless steel resin handle for dishwasher tolerance or the cast solid brushed aluminum handles. Like all Rada products, the knife has a lifetime guarantee and stays very sharp after many uses.

The Rada Cutlery grapefruit knife can be purchased at www.RadaKitchenStore.com or by calling 888-771-7798 during normal business hours.

How Did the Grapefruit Get Its Name?

Grapefruits received their name because of the way they grow.Although grown on trees instead of vines, grapefruits grow in clusters similar to grapes. This is why they’re called grapefruits, despite tasting nothing like a typical grape.

Add Rada Cutlery to Your Kitchen! 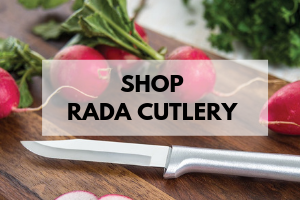 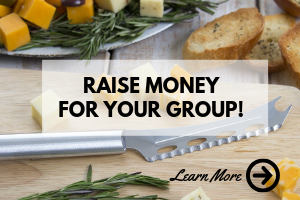 Learn more about earning 40% fundraising profit for your group.

Get in the Rada Business! 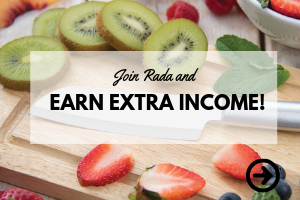 Hi, I am Kristi and today I would like to demonstrate the Rada Serrated Grapefruit Knife. First you will need your grapefruit and you will want to cut it through the circumference, so your stems are on each side. I am going to use a utility knife to cut it in half.

Here is the serrated grapefruit knife. It is serrated on both sides so if you are left handed or right handed it is easy to use. You will simply cut between the fruit and the rind. As you can see the tip is bent so it will get under each section.

First you will separate the fruit from each little area. Then all you do is pull out each section. You can serve it in salads or eat it that way. We really love to use the grapefruit knife especially in the winter. Grapefruit is full of vitamin C. The Rada Grapefruit Knife makes it simple.