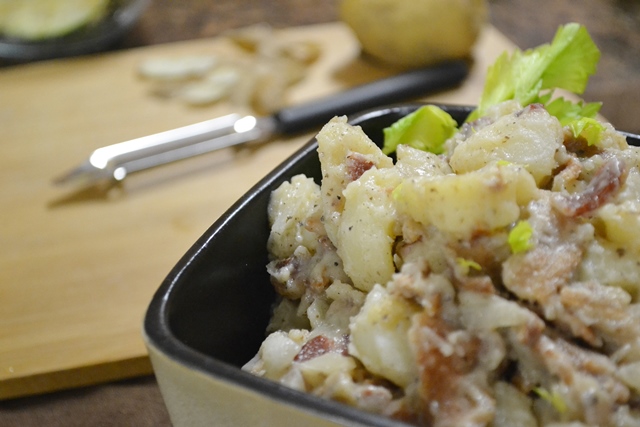 German Potato Salad Recipe | How to Boil a Potato

You’ve had good old American potato salad with hard-boiled eggs a hundred times, but have you tried German Potato Salad? This tasty potato recipe is a great one for family get-togethers.

How to Make German Potato Salad

*Learn how to boil a potato with directions below! 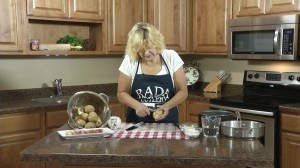 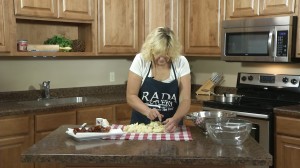 Chop up your peeled potatoes. 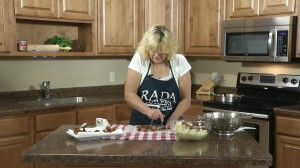 In a large skillet, over medium-high heat, cook bacon until crisp; drain and crumble, reserving bacon grease in skillet. 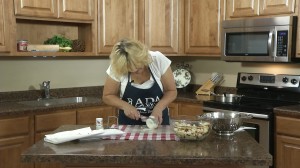 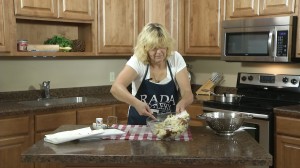 In a large bowl, toss together crumbled bacon, cooked potatoes and sliced onion; set aside. 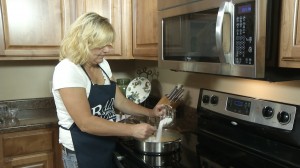 In the skillet with remaining bacon grease, mix in flour then whisk in vinegar and 2 1/4 cups water. Add sugar and continue cooking, stirring constantly until thickened. 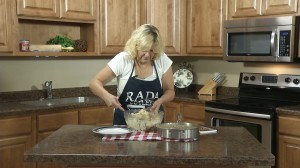 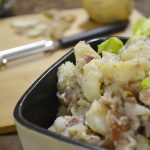 You’ve had good old American potato salad with hard-boiled eggs a hundred times, but have you tried German Potato Salad? This tasty potato recipe is a great one for family get-togethers.

How to Boil Potatoes 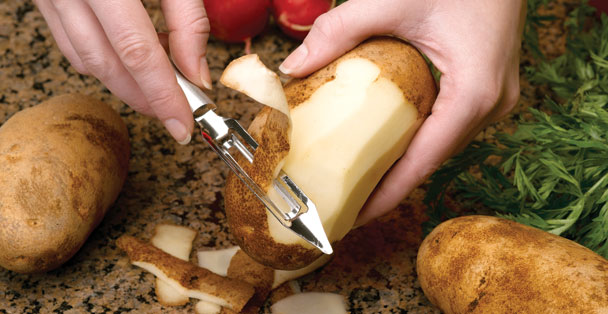 This basic potato prep takes only a few potatoes, water, and salt. You’ll have great potatoes for potato salad or mashing in no time!

First, make sure to peel your potatoes. It’s good to leave a little skin on depending on what you are using your potatoes for, because the skin is packed with nutrients.

When your potatoes have been peeled, place them in a large pot on the stove and fill with water so that the potatoes are covered by about half an inch. Toss in just a little salt to be sure your water doesn’t boil over. After your water has boiled, turn the stove down to medium-high heat and let your potatoes simmer for 20 minutes. 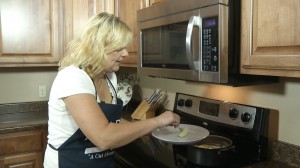 After 20 minutes or so, try testing your potatoes. Take a fork and try to mash it up or cut it in half. If your potato cuts in half, it is done.

Watch the video below for more instructions about peeling and boiling potatoes and, of course, how to make German Potato Salad!

The Best Way to Peel Potatoes! 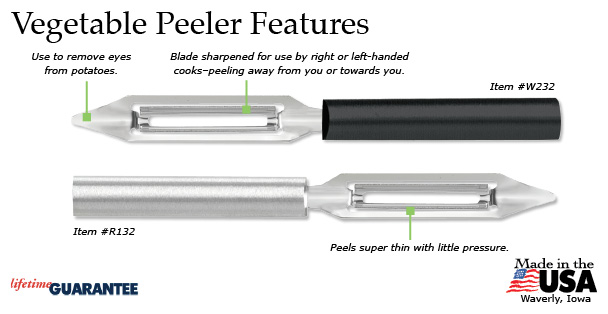 When peeling potatoes, it’s wise to use a good vegetable peeler such as the Rada Vegetable Peeler.

This peeler peels better because of its sharp and flexible blade that swivels with whatever you are cutting so you get the job done faster and better. The top of the blade also works great for poking those pesky eyes out of potatoes.

You can order your Vegetable Peeler and all other Rada products at the Rada Kitchen Store.

How to Boil a Potato Video

Hi, Kristi in the Rada Kitchen. Today I’d like to share a recipe for German Potato Salad. This is one of over 100 recipes in a book we have called “Picnics, Potlucks, and Barbeques.” German potato salad uses very few ingredients. It’s very easy to make. You need about 9 potatoes, an onion, a pound of bacon, some sugar, flour, and vinegar.

The first thing you need to do is get your potatoes cooked. I’m going to peel it, but you do want to leave some skin, it has all the nutrients in it. Today, I’m using the Rada Regular Vegetable Peeler, but be careful you don’t slice your fingers. It’s very sharp. Also make sure to wash your potatoes before you peel them. I like to leave a little peeling. Then I quarter them. I’m going to put the potatoes in a large saucepan and you’ll cover them with water about a half inch over the top, and I like to add a little salt too.

So now you’ll put this on the stove, medium to high heat. Once this comes to a boil, you’ll want to boil them for about 20 minutes or until they’re tender. So I’ve boiled these potatoes, I’ve strained them, and I’ve fried my bacon. You’ll want to make sure to save the pan with the bacon grease in it, because we’ll make a sauce later with that. So now we want to cut our potatoes, and you could use a knife like the Cook’s Knife. I am not picky about what size they are, just go through and slice them into bite-size pieces. I’m doing this on the Rada Cutting Board because it’s going to flex and I can put them in a bowl. Or you could use the Rada Food Chopper. I have cooled these potatoes so they won’t burn me.

So once you have your potatoes sliced to your desired size, put those in a large bowl and then with the same tool, I’m going to crumble the bacon. Add the bacon to the potatoes. The teeth on these shred bacon, you can use it to cut celery, chop up hamburgers and ham. Now we’re going to take a large onion and thinly slice it. Go back to the Cook’s Knife. I cut both ends off and the peeling off, it pulls that peeling right off. Then you just get off that first layer. You want to thinly slice this onion and add that to the potato and bacon.

Now pour the sauce over the potatoes. Mix it in good. Hot German Potato Salad, just one of over 100 recipes in our “Picnices, Potlucks, and Barbeques” cookbook.

Hi, Kristi in the Rada Kitchen. And I’d like to show you how to boil a potato. First you’ll want to peel them. Sometimes I liked to leave some peeling if I’m making potato salad, even mashed potatoes. The peeling has all the nutrients in it. This is a great peeler too, it can get out eyes with the tip. Once you have it peeled, you can quarter them or dice them. Once you have your nine potatoes peeled, you’ll cover them with water to about a half inch over top. I like to put a little salt so it doesn’t boil over. We’re going to put these on medium-high heat for 20 minutes.

So now the potatoes have come to a boil, and you’re going to simmer it. I did turn the heat down a little past medium. And I’m going to guess about 20 minutes, it kind of depends. To check them, take a fork, and that one’s too hard yet. If you take a fork, they should break in half if they’re done.

It should easily mash. So those are done. Drain them and eat them like this or add milk and butter and mash them for mashed potatoes. And that’s how you boil a potato.