Not only are class trips a great chance for students of all ages to have fun, they’re an unforgettable learning experience as well! And every years, students from across the country travel to Washington D.C., the nation’s capital, to immerse themselves in the country’s richest history and most enjoyable sites. Below we have compiled a list of 10 of the must see Washington D.C. tourist attractions.

Of course, such a profound experience comes with a cost. School trips to Washington require funds for travel, lodging, food, activities, souvenirs, and other expenses. But an American company stands ready to help class trips in need of the funds to get the most out of Washington D.C.!

Since 1948, Rada Cutlery has been the fundraiser of choice for tens of thousands of groups each year. Among those are groups raising money to fund class trips, taking students from places ranging from nearby points of interest to overseas countries. Whatever the amount of money needed, a Rada Cutlery fundraiser can make it happen!

Fundraising with Rada is easy. After contacting Rada Mfg. Co. and requesting your free fundraiser information packet, your group is able to offer our extensive catalog of incredible knives and kitchen products to potential supporters. Using one or more of three distinct sales options, your group earns an amazing 40% profit on each and every sale! Our customer service is second to none, ensuring that your group gets all the help it needs to get where it wants to go!

“I purchased a few items from a school fundraiser and am very pleased with what I bought,” wrote one fundraiser supporter, a sentiment we receive daily. With our vast selection of impressive items, repeat fundraisers not only work, they often get stronger each time as supporters want to add more Rada products to their collections!

“My children fight over who gets the ‘good peeler’ and I’ve always loved my Rada paring knife. Now my daughter needs to raise funds for a school trip, and this seemed perfect!” said another.

“My son has to raise money for a Washington D.C. trip,” said another individual interested in a Rada fundraiser. “The fundraising is up to them. His great grandma told him about Rada Cutlery. We feel they would easily sell where we are!”

Visit our website to get your first Rada Cutlery fundraiser started!

When you fundraise for your Washington D.C. trip with Rada, you’re doing so with a company that exemplifies the unmatched skill and productivity of American industry. Located in the American heartland, Rada Cutlery produces each and every product kitchen product we sell right here in the USA, from materials to manufacture. With that in mind, fundraising with Rada Cutlery doesn’t just get your group to Washington D.C., it’s downright patriotic!

10 Places to Visit in Washington D.C.!

Washington D.C. is not only the capital of the United States, but a breathtaking, unforgettable place to visit. Tens of millions of people from all over the world come to Washington each year to enjoy the stunning sights and absorb some of the richest history America has to offer. To visit Washington at any age is to experience America in its essence, with its proudest traditions, stellar achievements, and important individuals all showcased and celebrated.

The choices facing any Washington visitor are so numerous as to become staggering. When time is limited and there is so much to do, how does one decide what parts of Washington to make part of their experience?

Here are 10 of Washington’s best sites, each of which is recognizable worldwide and packed with enthralling historical significance. 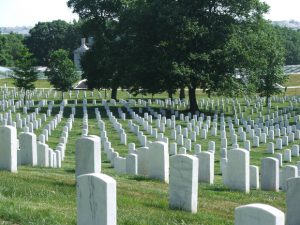 The Arlington National Cemetery hosts the remains of 400,000 heroes and counting. Truly moving and inspirational, this site reminds us all of the sacrifices made by Americans since this nation’s inception to preserve our precious liberties. Schedule your visit for the changing of the guard – a must see for all visitors. The visitor center is also a point of debarkation for a bus tour to visit Washington’s Mount Vernon. 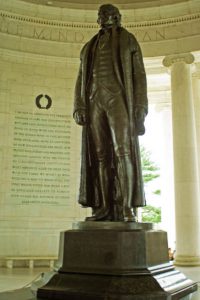 The Jefferson Memorial honors one of America’s most respected leaders. Thomas Jefferson was not only America’s third president, but a key Founding Father and the primary writer of the Declaration of Independence. The Jefferson Memorial is a little off the beaten path so is not visited as frequently as many of the others.  Enjoy the one mile walk from the Lincoln Memorial and visit the FDR Memorial along the way. 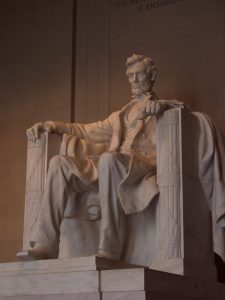 The Lincoln Memorial is one of Washington D.C.’s most famous attractions. Abraham Lincoln was the United States’ 16th president, and, according to many, its best. Guiding the nation during its most tumultuous period, he is revered for preserving the Union and ending the institution of slavery. From the steps on the memorial one can see the Vietnam Memorial to the left, the Korean Memorial to the right and straight ahead across the reflecting pool is World War II Memorial, the Washington Monument, and over a mile away is Congress.

The National Air and Space Museum 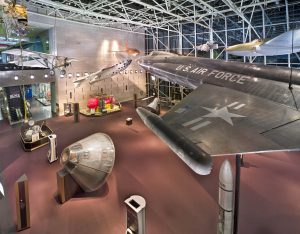 The National Air and Space Museum is a testament to American bravery and ingenuity. This museum, a part of the Smithsonian Institution, is packed with amazing examples of America’s innovative relationship with machines that fly. The history of the space program comes to life as spectators progress through the various displays – helping to understand the incremental steps that lead to putting man on the moon and creating the space shuttle.

The National Museum of the American Indian 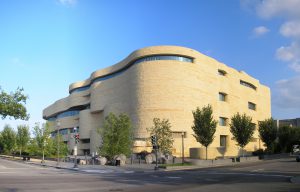 The National Museum of the American Indian is Washington D.C.’s definitive place to visit to learn and celebrate Native Americans. A part of the Smithsonian Institution, visitors can observe a mind-boggling array of fascinating Native American artifacts and familiarize themselves with the complex, compelling history of various tribes. The design of the building makes it unique from the other Smithsonian Museums and is architecturally appropriate. 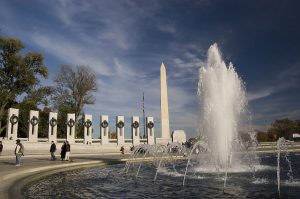 This national memorial is a moving tribute to the tens of millions of Americans who served during World War II. A breathtaking sight, it was completed in 2004 and has been the popular destination of honor flights for WW 2 veterans.  It is located about halfway between the Washington Monument and the Lincoln Memorial.

The Supreme Court of the United States 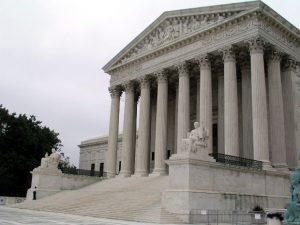 The Supreme Court is where the judicial branch of government reviews and rules upon the laws of the land. Nine justices routinely hear cases that have a profound impact on American society, so this is not a stop to be missed! Free, regularly scheduled tours into the Supreme Courtroom are available when not in session.  Also, don’t miss the exhibits in the basement – lots of interesting history! 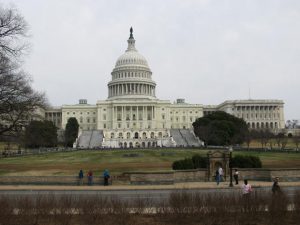 The Capitol is the seat of the United States Congress, the legislative branch of government. Laws are written and passed here, making it one of the nation’s most important spaces. Access to the Capitol must be pre-arranged with your congressmen or congresswomen. Did you know that the rotunda is tall enough that the Statue of Liberty would fit inside? 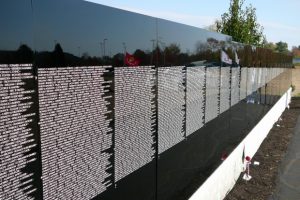 The Vietnam Veterans Memorial honors those courageous Americans who fought and died in the Vietnam War. This beautiful memorial drives home the price paid by American servicemen like few do. 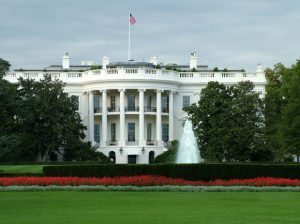 Perhaps the most famous residence in the world, the White House is the home of the President of the United States. Since the early 19th century, visitors have been flocking to this incredible building. Arrange tickets ahead of time by corresponding with your Senator or Representative’s office.

Many schools will charter a bus to Washington D.C. that will also provide them transportation to the various memorials, monuments and museums. If your group is smaller and doesn’t have this luxury, consider using the Metro – Washington D.C.’s subway. It is reasonably priced and will get you near every major attraction. Two other strategies are to cluster your itinerary to see attractions that are close to each other and to always keep a D.C. map in your pocket or on your smart phone.

We hope the links and tips above make planning your class trip easier. If you are in need of a great Washington DC Field Trip fundraiser, follow this link to the Rada Cutlery web site and request your free fundraising information packet!