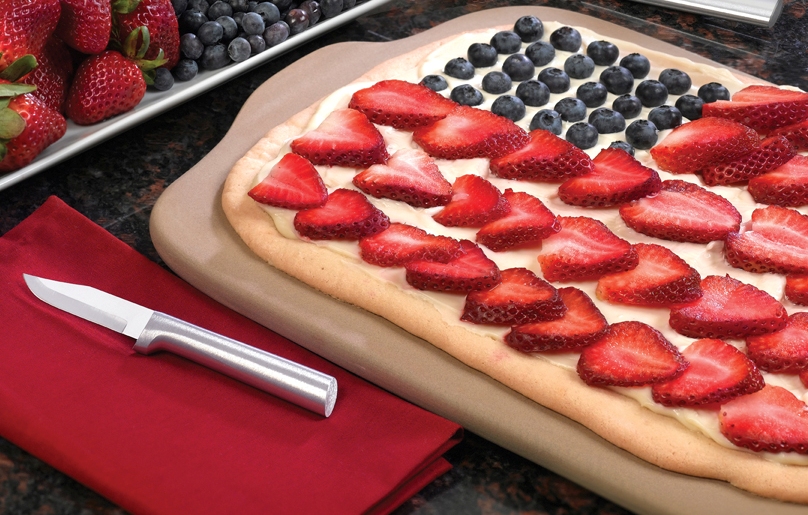 Recently, we at Rada Cutlery announced that we were seeking stories from those who had successfully fundraised with our kitchen products. The results were above and beyond our most optimistic expectations; letters poured in, each telling a unique story, all connected by how Rada Cutlery’s fundraising program helped raise precious funds for a worthy cause.

We received letters from across the country speaking of fundraisers both new and longstanding, of goals met and surpassed, and customers thrilled. Money was fundraised for the worthwhile projects of churches, civic clubs, schools, sports teams and youth groups.

Even as each letter told its own story, they also shared common themes of their experience fundraising with Rada Cutlery. Many wrote that the products were easy to sell while others reported remarkable customer service and quick order processing. A large number reported on the smoothness of the fundraising process with Rada, while yet more commented on the products being entirely American made. Whatever was noted, every entry told of Rada Cutlery taking their fundraiser where it needed to go. We thoroughly enjoyed reading the customer stories and are proud to know that we have played a key role in the success of their projects.

This was certainly true in the case of our top prize winner, the School Lunch Program of Whitfield County, Georgia. Marietta, who headed the fundraiser, sent us a letter that told us of her heartbreak upon reading an article in the local newspaper. Some local schoolchildren couldn’t afford to have a full lunch, with the school only able to supply them with a cheese sandwich and a carton of milk. This resulted in many students being embarrassed and bullied, with some choosing not to eat at all. Marietta then made it her mission to ensure that all students in her area could enjoy a proper meal at lunch. What she needed was a good fundraiser.

“One day I was going through the coupons in the Sunday paper and saw Rada’s ad about fundraising,” she wrote to us. “Then it hit me. This is what I need to do. I knew it would do good.”

And good it did. Her first Rada fundraiser brought in over $500 to go towards feeding local children.

“This has been the best and easiest fundraiser I have ever done,” she said. “Rada products sell themselves. Everyone that has ever used Rada falls in love with the products, and tells everyone about how good the products are. I heard this over and over while doing this fundraiser.” 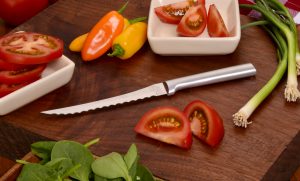 Our second place winner was the Pottawatomie County Oklahoma Home & Community Education group, and their leader Trish, also spoke of a fantastic fundraising experience with Rada. Her group needed money to arrange the 4-H Food Showdown, a youth culinary competition that requires demonstrations of knowledge in food, kitchen equipment, nutrition, and safety. After careful research, her group decided that Rada Cutlery was the best choice for their fundraiser.

“First, we took great pride in supporting a company whose product was 100% American made,” she wrote. “Second, no other company even came close to matching the quality products and amazing value offered by Rada. Third, the tremendous product variety offered by Rada provided everyone the opportunity to purchase the right tool for the job. Finally, the percentage of sales our group earned by using Rada was nearly double the other options we considered,” Trish said. 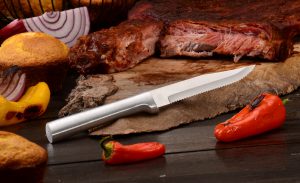 Selecting the winning Fundraising Prize Contest winners was very difficult. We used a three person team to identify the very best submissions. Then the entire Rada Customer Service Team read and ranked each entry to further narrow the pool. The best entries were so close that we ended up drawing the top two prizes and awarding extra honorable mention prizes than originally planned. The first prize group will receive $500 and the second prize group $250.

There are eight fundraising groups earning the $50 honorable mention prize. These groups are diverse in mission and location, but united by their noble efforts to raise money with Rada Cutlery.

One such group is the Relay for Life, which received funds through the work of Pamela of Arkansas. She tells us of her fundraising efforts to help cure cancer, and of how her husband constructed a special knife rack to aid in the selling process.

We heard from Norman of the Cedar Creek School in Indiana, who wrote that he was “astounded” at how quickly and easily Rada Cutlery sold. His fundraiser made a $1500 profit, easily exceeding the total of the next highest fundraiser they had hosted.

Janice of Wisconsin hosted a fundraiser for her nephew’s Juvenile Diabetes Research Foundation team, and “wanted a product that people could use.” She contacted Rada, and was impressed with the efficient, helpful service, and over the years has raised thousands of dollars for diabetes research.

When the Stockmasters 4-H Shooting Sports Team of Missouri needed a fundraiser, Cindy discovered that selling Rada was “fast and fun.” She told us that “We have conducted other fundraisers in the past, but Rada is the Number 1 fundraiser that both members and parents of members like and are willing to sell.”

Elma of the Nutterville Apostolic Church in West Virginia told us that she is proud to sell Rada Cutlery because “I know I can offer my customers the best and most reasonably priced cutlery available. It really sells itself.”

Cindy of the West River Health Service Auxiliary in North Dakota let us know of her group’s incredible 48 years of fundraising with Rada, comparing our cutlery to the group itself; popular, strong, and highly valued over time.

The Butler County School Nutrition Association in Kentucky has been fundraising with Rada since 1985, with Rada being sold across the state “from Owensboro to Louisville to Covington to Lexington!”

Irene of the Marie Dorion #230 Young Ladies’ Institute told us of a 90-year-old friend who has used the same set of Rada Cutlery for over 40 years, and that she appreciates the “cheerful voices who fill our orders and the prompt and economical shipment. You have a company and product to be proud of.” 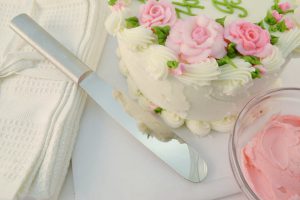 Congratulations to all who submitted letters for successfully fundraising with Rada Cutlery. We at Rada offer our sincere thanks to you for not only sharing your stories, but for allowing us to be part of something that makes the world a better place.