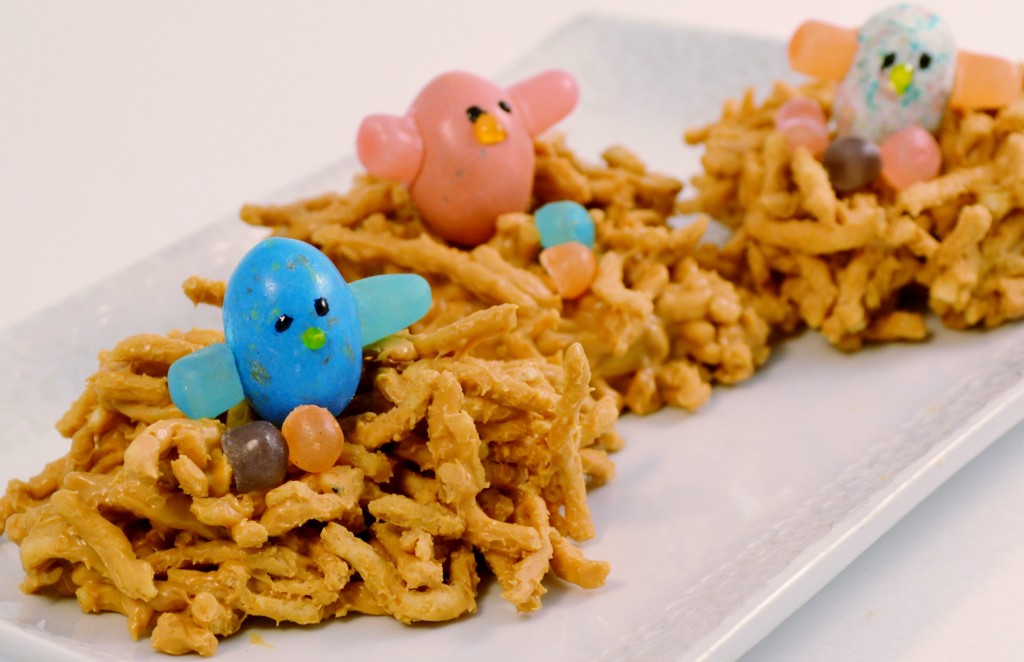 Who said food can’t be fun? No one who ever enjoyed a Bird’s Nest Noodle Treat, that’s for sure! This crunchy and sweet creation is so adorable that you might not want to eat it were it not so tasty. It’s perfect for kids, parties, or just as a way to liven up your daily snack.

Following instructions on the package, melt 11 oz. of butterscotch chips. Mix with ¾ cup crunchy peanut butter. Combine mixture with 5 to 6 cups chow mein noddles, stirring thoroughly until noodles are coated. The Rada Non-Scratch Spoon is ideally suited for stirring thick mixtures such as this one. 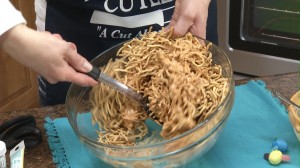 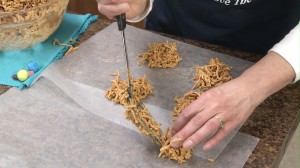 Take individual pieces of Mike & Ike candies. Cut candy pieces in half and stick halves on opposite sides of blue and pink malted milk ball eggs, dipping candy in water if necessary to aid sticking. 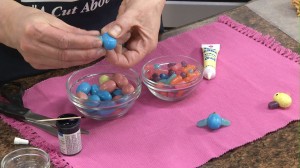 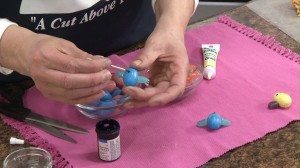 Using yellow writing icing or gel, apply a small bit of substance to milk ball below the eyes, creating a yellow beak. 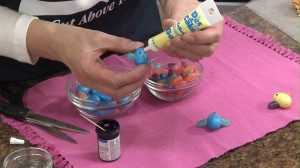 Place the completed milk ball birds on top of the cooled noodles. For added enjoyment, place jellybeans or other round candy on the nests to simulate eggs. 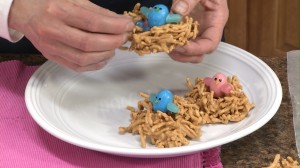 Too Cute To Eat, Too Tasty Not To! 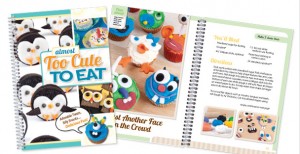 The Bird’s Nest Noodle Treat is just one recipe from our Almost Too Cute to Eat cookbook. This kid-friendly cookbook offers an array of goodies that are as fun to make as they are to eat. Whether you’re cooking with kids, for kids, or for the kid-at-heart, Almost Too Cute to Eat has plenty of recipes to brighten your day!

Our online Rada Kitchen Store has the Almost Too Cute to Eat cookbook ready to ship to your home!

All the Pretty Colors

There’s all sorts of ideas for ways you can make meals and snacks into visually appealing treats for family and friends. Here’s an idea that’s not only pretty, but makes a great gift! 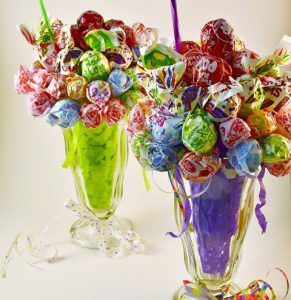 This dazzling assortment of lollipops and suckers will brighten even the darkest day. Great for birthdays, hospital visits, and anniversaries!

Since 1948, Rada Cutlery has been partnering with tens of thousands of non-profit groups each year to raise money for noble causes. Those who partner with Rada can offer their supporters our extensive catalog of kitchen products, with three distinct sales methods that utilize their group’s strengths. All sales net an incredible 40% profit!

Did you also know that besides selling knives and top-notch kitchen products, Rada Cutlery also provides fundraising opportunities? You can  sell 100% Made in the USA products like our Rada Cutlery knives and utensils for a 40% profit! We also offer other products, such as cookbooks, stoneware, and quick mixes.

Chow mein literally means “stir-fried noodles,” and is said to have made it to America with Chinese immigrants in the mid-19th century. The original Chinese chow mein dish featured noodles that were soft, but its American counterpart is famous for the noodles being fried, giving them a crispy texture. Chow mein dishes have become popular in many non-Asian countries, with each culture imparting its own preferences to the preparation and flavors.

Hi, Kristy in the Rada kitchen, and today I’m making a treat that’s almost too cute to eat. And it is out of our Almost Too Cute to Eat recipe book. It’s little bird’s nests, and we’re making them out of chow mein noodles, and we’re even going to make a little bird to put in them, so lets get started!

So what I did is I melted an 11 oz. package of butterscotch chips according to the package’s directions. And to that I’m going to add ¾ cup of chunky peanut butter and just stir that in until it gets well blended. And then here I have 5 to 6 cups of those chow mein noodles, they’re really crunchy. I’m going to pour that over it and stir until they’re well coated.

And now you just drop the mixture onto wax paper in a little nest shape about 3 inches wide and about an inch and a quarter high. This should make about 24 nests. So while the nests are cooling, as they cool they’re going to stick together, so we’re going to make our little bird to put in the nest. The birds are these colored malted milk balls or at Easter they’re called robin eggs. And then you need a box of Mike & Ike’s, these are the Berry Blast ones. You’ll just cut one in half. Now sometimes they’ll stick right on there, but I did dip mine in a little water, which seems to stick it on the malted milk ball better. There’s his wings, and for his eye I have paste food coloring and a toothpick so if you get enough on the toothpick you should be able to paint little eyes on there. And then I have some yellow writing gel, actually it’s better if you have the yellow frosting but he gel will work too, and you’ll just make a little beak and his wing doesn’t want to stay but I think once it dries he’ll be good and then you just set them aside and let them dry. It shouldn’t take too long, just a couple hours.

So once the nests have cooled, they’re ready to add your bird. You can also add some jellybean eggs or pastel Jordan mints. And that’s a treat that’s almost too cute to eat, that’s one of the recipes in our Almost Too Cute to Eat recipe books.