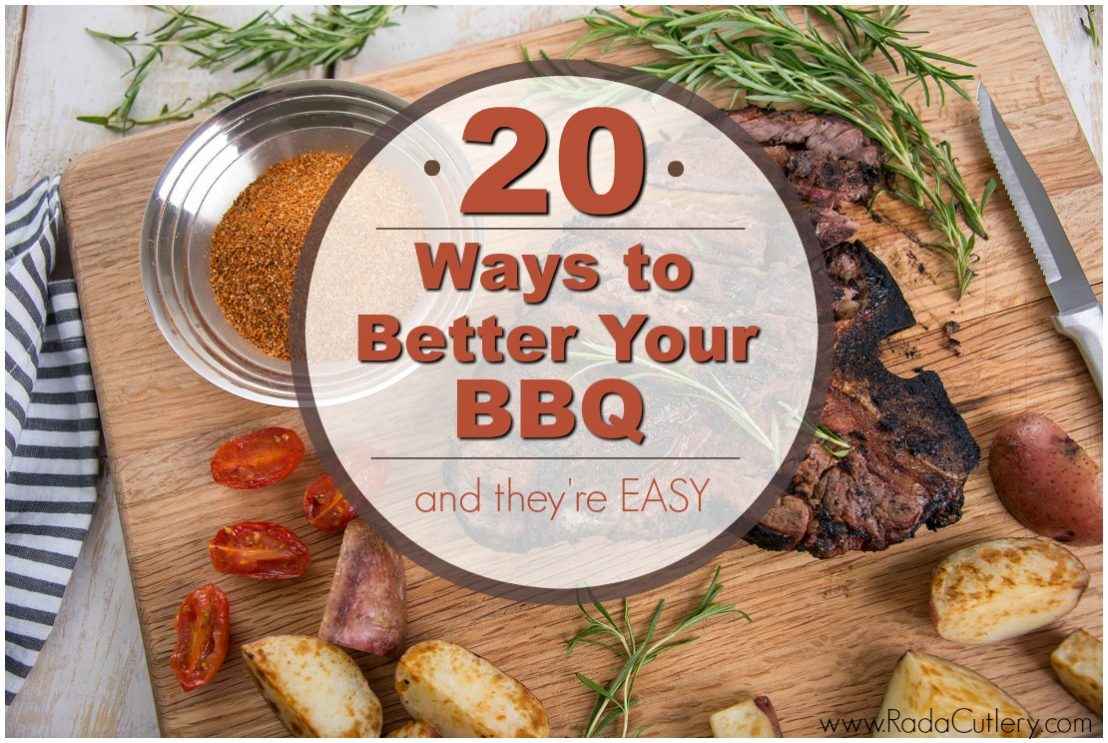 20 Ways to Better Your Barbecue Today (And They’re Easy!)

If I told you there were some easy ways to improve your barbecue, would you listen?

Of course you would!

Everyone loves meat cooked outdoors, be it on a grill or in a smoker.

With so many foods and cooking methods to choose from, there’s almost too much for any one cook to know.

That’s why we’ve collected some of the best knowledge there is to know about barbecue, from tender ribs to juicy steaks.

Whatever you’re cooking, odds are there’s something in this guide of BBQ tricks and tips that will bring out the best in your food.

This guide has tips to cooking ribs, chicken, brisket, and steak, as well as general tips that can make an amateur into a barbecue master. 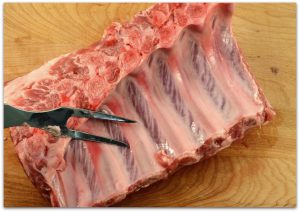 Choose the Best Ribs Your Grocer Has to Available – Shopping for ribs with an attentive eye helps ensure that you get the tastiest meat your local store has to offer. Look for meat that has ample marbling of fat without large clumps on the outside of the ribs. Also, look for ribs that have an even thickness across the entire slab. If you purchase ribs from a wholesale store such as Costco or Sam’s Club, be sure that the Cyrovac seal is tight. Check the top and bottom for size conformity. Great ribs start at the store!

Time Your Ribs Just Right – Whether cooking with charcoal or wood, the best cooks agree that 200 to 300 degrees is the optimal cooking temperature. For baby back ribs, allow for fix to six hours, depending on thickness. For spare ribs, anticipate six to seven hours. Just remember, delicious ribs are more than worth the wait! 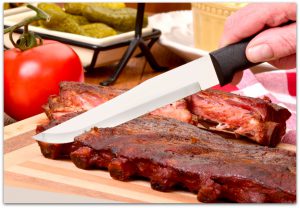 Testing Tenderness for Terrific Ribs – Before serving, you’ll want your ribs to be perfectly tender. Start by picking up the ribs with a pair of tongs. If they bend 90 degrees or almost break in half, they are done. Grasp two connected bones and pull them apart. If the meat between them tears easily, they are done. Poke a toothpick into the meat in-between the bones. If the toothpick slides in with little to no resistance, they are done. Contrary to popular belief, the meat doesn’t need to fall off the bone. It should stick to the bone and come off gently. 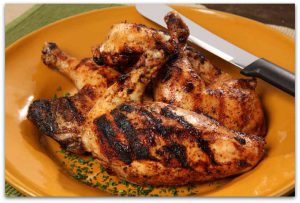 Smoke Chicken Just Right for Maximum Flavor – Test your chicken with a meat thermometer. This is very important, as undercooked chicken can be extremely dangerous to eat. Chicken is cooked at 165 degrees, though if smoking the chicken, you might want to let it get a little bit higher. Test the temperature in the thickest part of the chicken breast. The best chicken will be tender, have pink meat, and produce juices that run clear. Safety first! If you’re not certain if a chicken has been adequately cooked, don’t eat or serve it. 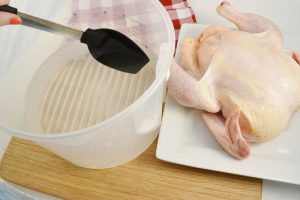 Cold Brine Your Chicken for Outrageous Deliciousness – Mix the water, salt, and sugar until the salt and sugar have dissolved. Add the chicken to the brine so that it’s completely submerged. Place something heavy over the chicken to keep it from surfacing, if necessary. Soak the chicken in the brine for one hour per pound of meat. Do not soak much more than 12 hours. Keep the chicken cold while brining. A refrigerator or cooler is ideal, though a tub of cold water filled with ice can do. Once chicken has sat in brine for a sufficient length of time, remove. Rinse thoroughly and pat dry. Let the chicken air dry in the refrigerator, uncovered, for one hour. This will help the skin get crispy when cooked. Here are your guidelines: 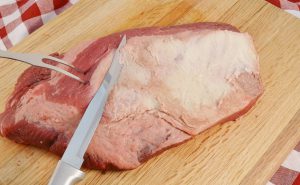 Learn to Choose the Best Brisket for Smoking – A brisket is generally divided into two parts, the flat and the point. For barbecue brisket you will want it undivided. You will also want it untrimmed, or what is called a “packer’s cut.” This cut will have a strip of fat running through the middle and a layer of fat on top. The layer on top is called the “fat cap.” The fat cap is important, as it will keep the brisket moist while it is smoking. The fat cap should be about 1/3 – ¼ inch thick. Look for a brisket with good marbling, white fat, and a deep color in the meat. There should be good fat throughout the meat and not just in one place. If the fat cap is more than 1/3 inch thick you might want to trim it down. It’s best to have a single, even layer. Choose a brisket that has a flat section of even thickness. Most flats tend to narrow a bit toward one edge, and this is normal, but try to avoid those that taper off to a very thin edge. Even thickness helps promote even cooking and provides uniform slices. Whole, untrimmed briskets weight 8 to 16 pounds. One in the 10 to 12 pound range is best.

Properly Prep Your Brisket – Some people remove brisket from the seal, pat it dry with paper towels, apply a rub, and put the brisket into the smoker. If this works for you, go for it. We recommend cutting away some of the thicket areas of fat on the brisket and to trim the fat cap over the flat to 1/8 to ¼ inch. This leaves enough fat to keep the brisket moist during cooking, while also making it easier for smoke and rub to penetrate it. Use a very large, sharp knife to trim the brisket. Don’t bother with a paring knife, a utility knife, or any dull knife. A butcher’s knife can be handy, though a sharp carver/boning knife, such as the Rada Carver/Boner, is ideal. 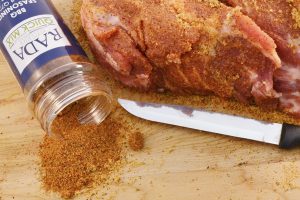 Season Your Brisket to Perfection – Use a dry rub. You can put the rub on the meat and cook immediately, or apply and allow it to sit overnight in a refrigerator. We suggest applying a thin layer of mustard to the brisket before sprinkling on the rub, because that will hold the rub in place.

Trimming Your Brisket – Most briskets have thick areas of fat on top of and around the point section, as well as a thick edge of fat running down one side of the flat section. Trim away most of this fat as best you can. Remember, the goal is to remove excess fat while still leaving a ¼ inch layer to protect the meat below. There is really no harm in leaving too much fat. Be careful not to cut red meat, though if you do, do not panic, just continue to cut without exposing the meat. You should notice a thick vein of fat running between the point and the flat sections. Some cooks just trim fat from the surface of this vein, without actually cutting into the vein itself. Turn the brisket over; you should be looking at a large expanse of flat that needs little trimming, if any. There may still be some significant fat around the bottom side of the point and in the vein between the two sections. Trim away what makes sense. 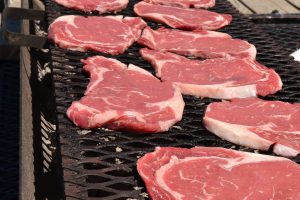 Season Your Steak Like a Pro – Before you cook your steak, take it out of the refrigerator. Drizzle both sides with olive oil, followed by a liberal dose of sea salt and freshly-ground pepper. Leave them out for an hour to give the steak time to properly absorb the seasoning. A properly seasoned steak will have flavors that can’t be beat.

Cook Steak to Perfect Doneness – Once you fire up the grill and put the meat to the heat, be sure to flip multiple times for a faster, more even cook. If available, use an instant thermometer to get your steak to the perfect doneness. 130°F for rare, 135°F medium-rare, 145°F medium, 150°F medium well and 160°F for well done. 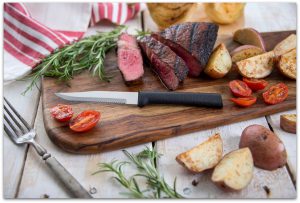 Finish Your Steak Right – Spread butter over the steak for extra flavor. Let steaks rest under aluminum foil for about half as long as you spent cooking them. This gives them time to finish cooking, as the high temperature of the meat will continue to cook the steak even after it is removed from the grill. Patience is key to the best possible steak! 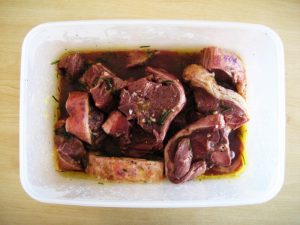 Marinade For Bonus Flavor – Knowing when and how to use marinades can take your cooking to the next level. First, make sure to do your marinades in the refrigerator. This prevents bacterial growth. Know that marinades are not useful for all cuts. Since marinades mostly only affect the surface of the meat, they should be used on thinner cuts such as chicken breasts, pork chops, and steaks. Marinating a large roast or whole turkey is not a good idea. Skip bottle dressings as a marinade, as these can actually make meat mushy. 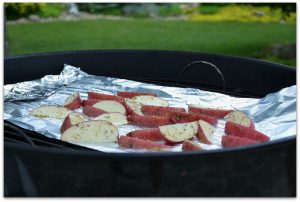 Throw Some Vegetables on for a Well-Rounded Meal – Your grill can do amazing things for vegetables. Slice your favorite vegetables thin and throw them on the heat. Flip as desired. Once they’re cooked to your satisfaction, remove from the grill and brush with some high-quality olive oil. Even people who are picky about eating vegetables will love them this way!

Get Your Supplies Ready for a Smooth Cook – Great cooking is organized and methodical, not chaotic and improvisational. Start by getting every single ingredient ready in a clear area. Clean your grill. Start cooking, taking time to clean the area when you’re not directly attending the grill. Not only does this save time and effort later on, a clean cooking area gives the whole process a subtle boost. 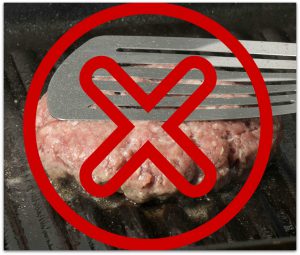 Don’t Press on the Meat While Cooking – Seriously, don’t do it! Although this is a common technique, pressing on meat such as chicken or hamburgers accomplishes nothing other than squeezing the juices out. Be patient and you’ll be rewarded with perfectly moist, delicious food. 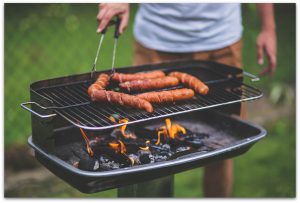 Use Tongs, Not a Fork – When cooking with a grill, tongs are a necessity. If you don’t have a pair handy but are ready to grill, use a spatula. Don’t use a fork to flip food, as it’s clumsier and can lead to losing juices during turning. Alternatively, you can try a grilling basket for cooking vegetables.

Properly Clean and Heat Your Grill – Before grilling, scrub your grill’s grate with a wire brush. Dip a paper towel in oil and gently brush the now clean grate. If using a charcoal grill, concentrate coals in the center, allowing you to move food between high and low heat as needed. If using a gas grill, set one burner to high and the other to medium. A clean grill always results in better food!

There you have it! Some easy, simple steps to bettering your barbecue, whatever it is you’re putting to the heat.

Don’t be shy! Let us know how these tips worked out for you in comments section, or even suggest one of your own.

Article Name
20 Ways to Better Your Barbecue Today (And They're Easy!)
Description
This handy guide has an array of tips designed to help you take your barbecue to the next level.
Author
Rada Cutlery
Publisher Name
Rada Cutlery