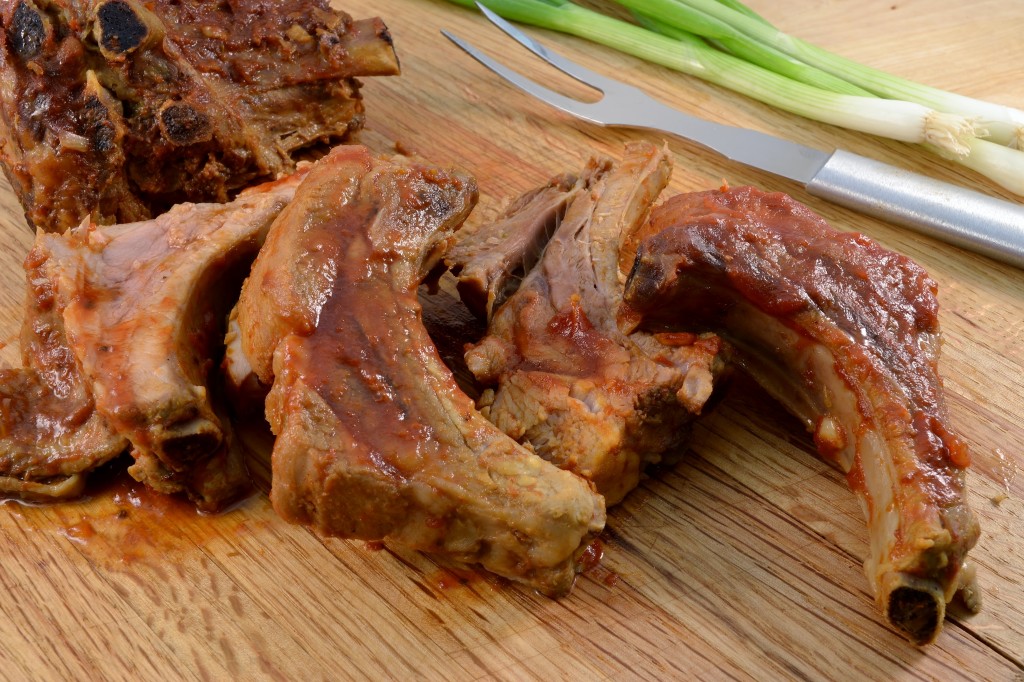 Ask the average person about their favorite dinners, and they’re certain to mention BBQ ribs over and over! With this recipe, you can easily make delicious, fall-off-the-bone ribs for two. All you need is a Crock-Pot or slow cooker! Follow the video or written instructions below to get make these wonderful, slow-cooked ribs in a Crock-Pot. 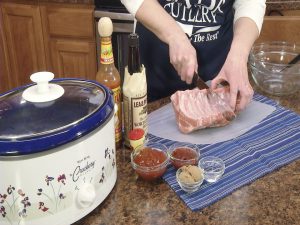 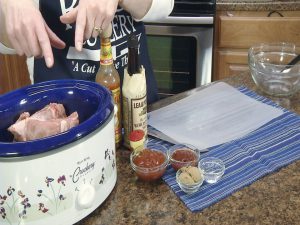 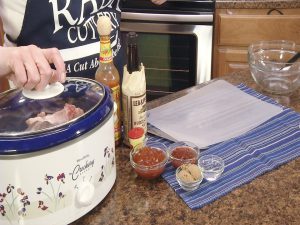 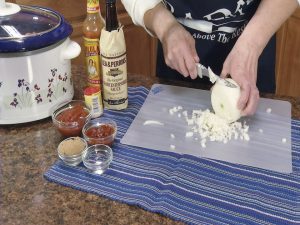 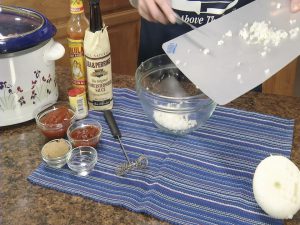 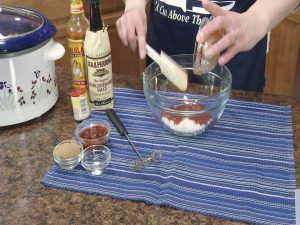 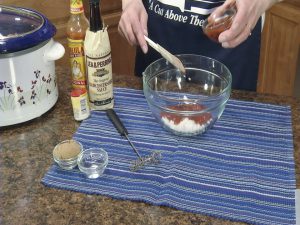 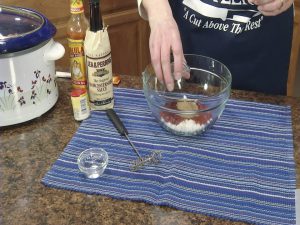 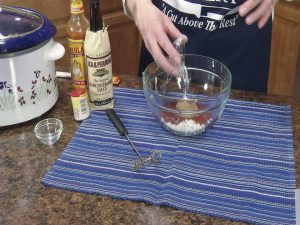 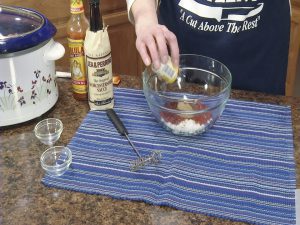 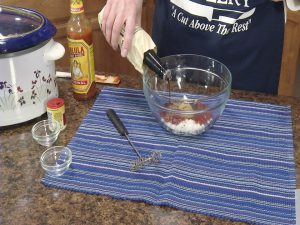 If desired, add a few drops of hot sauce. 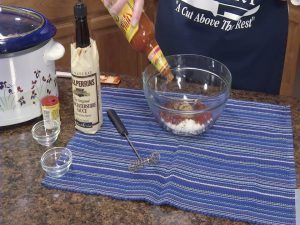 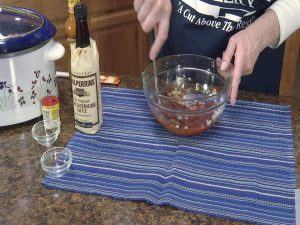 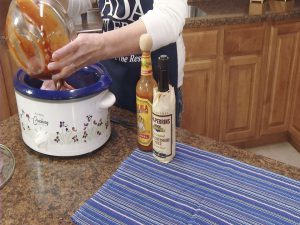 Reduce heat to low and cook for 7 to 9 hours. Serve and enjoy the best slow cooker ribs you’ll ever taste! 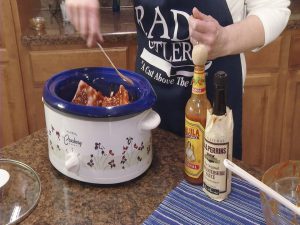 The Best Whisk for Stirring Sauce! 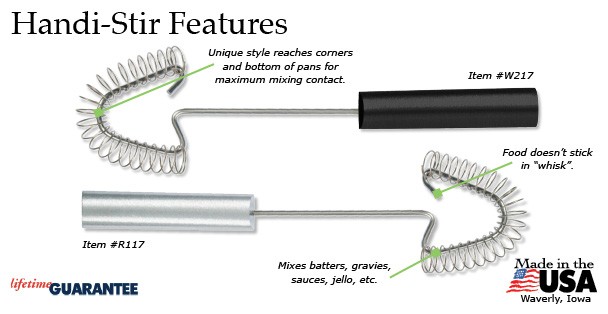 The Rada Handi-Stir is a whisk that no kitchen should be without! It features a unique style that makes it easy to reach corners and bottoms of pans for maximum mixing contact. Food doesn’t stick in the whisk, making it perfect for mixing batters, gravies, sauces, eggs, and much more. It is backed by a Lifetime Guarantee, and, like all Rada Cutlery products, it’s entirely made in the USA!

The online Rada Kitchen Store has the Rada Handi-Stir available for home delivery!

The Rada “Old Fashioned” Butcher Knife is your best choice for cutting ribs, steaks, chicken, and much more! This stainless steel knife features a heavy blade with a traditional butcher skinning tip that makes it a must-have for those who love cooking meats. It’s made in the USA, and comes with a Lifetime Guarantee!

The “Old Fashioned” Butcher can be yours after a visit to the online Rada Kitchen Store! 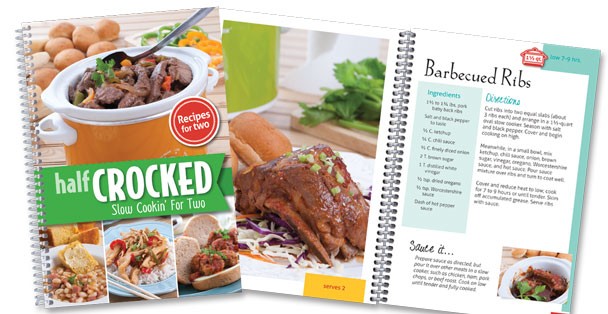 The Rada Half Crocked Cookbook is packed with awesome recipes that are easy to make! Just prepare the ingredients, set them in the slow cooker, set the timer and enjoy. These recipes are perfect for two, taste great, and are easy to make.

Have the Half Crocked cookbook delivered directly to your home!

For over 65 years, Rada Cutlery has been the best fundraising option for tens of thousands of nonprofit groups each year! By fundraising with Rada, your group makes an astounding 40% profit on each sale, and works with the best customer service representatives in the industry. Churches, schools, civic organizations, clubs, teams, and many more groups meet and exceed their financial goals with Rada each year!

Read the Rada Cutlery fundraising catalog to see what your club, team, school, youth group, church or other non-profit group could be selling to raise money for your projects and causes! 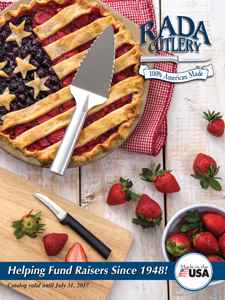 How Are Baby Back and Spare Ribs Different? 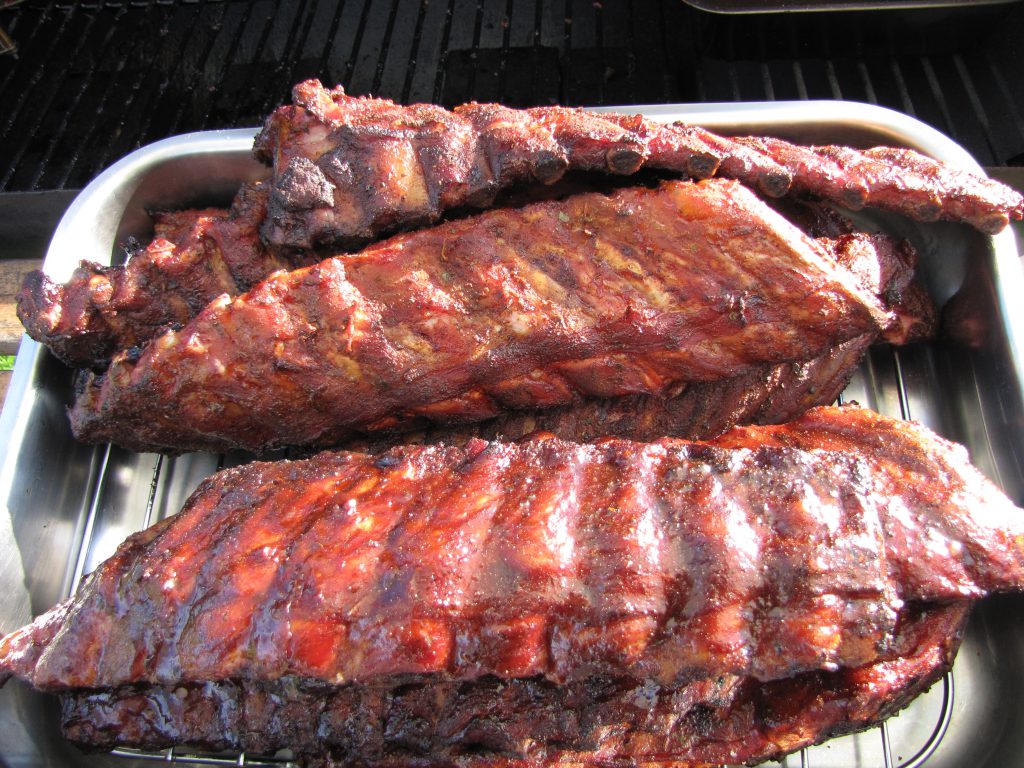 To put it simply, baby back ribs are leaner and more tender than spare ribs. Spare ribs are tougher and with more meat than baby backs. They come from different parts of the pig, but they’re both incredible when cooked properly!

Visit Wikipedia to learn much more about pork ribs!

Hi, Kristy in the Rada kitchen, and I just made a batch of Crockpot babyback ribs. This is a slow cooker recipe that will make delicious, fall-off-the-bone ribs. It’s a recipe meant for two. It’s out of our slow cooker cookbook. Let me show you how to make them.

To make those delicious, tender pork ribs, I got about a pound and a half babyback ribs. I’m going to cut these in half. I have about six there so I’ll just cut in-between the bones. Set the crockpot on high to begin with. It’s best to have an oval crockpot when you make meats. If you have a large crockpot you can take a casserole dish and put the items in that. I’m just going to set those in there. I’m going to turn it on high while I prepare the sauce.

For the sauce, we need about ¼ cup finely diced onion. I’m going to show you a neat way to do that. I have this Rada Super Parer, it has a nice, pointy end. You want to cut about halfway into the onion. I’m going to go back the other way. It’s already cutting itself. I like this Super Parer. It has a nice, big handle that’s easy to control. Then you just cut down for these nice, tiny cut onions. To the bowl, we’re going to add half a cup finely diced onion. Then we’re going to add a half cup of ketchup. Then a fourth cup chili sauce. 2 tablespoons of brown sugar. A tablespoon of distilled white vinegar. About a fourth to a half teaspoon of oregano. And a half teaspoon of Worcestershire sauce. And if you wish, a dash of hot sauce.

I’ll just blend that all together. Now we’re going to pour this sauce over our ribs. This is not only great on ribs, it would be good on chicken, or a beef roast. What we want to do is coat all the sides with this sauce, so I’m just going to take this fork, spin them around a little bit, get coating on all of them.

Then you’re ready to cover it. Reduce it to low and cook for about 7 to 9 hours. The end result is these delicious, fall-off-the-bone barbecued ribs. That’s one of the recipes in our Half-Crocked Cooking For Two recipe book.