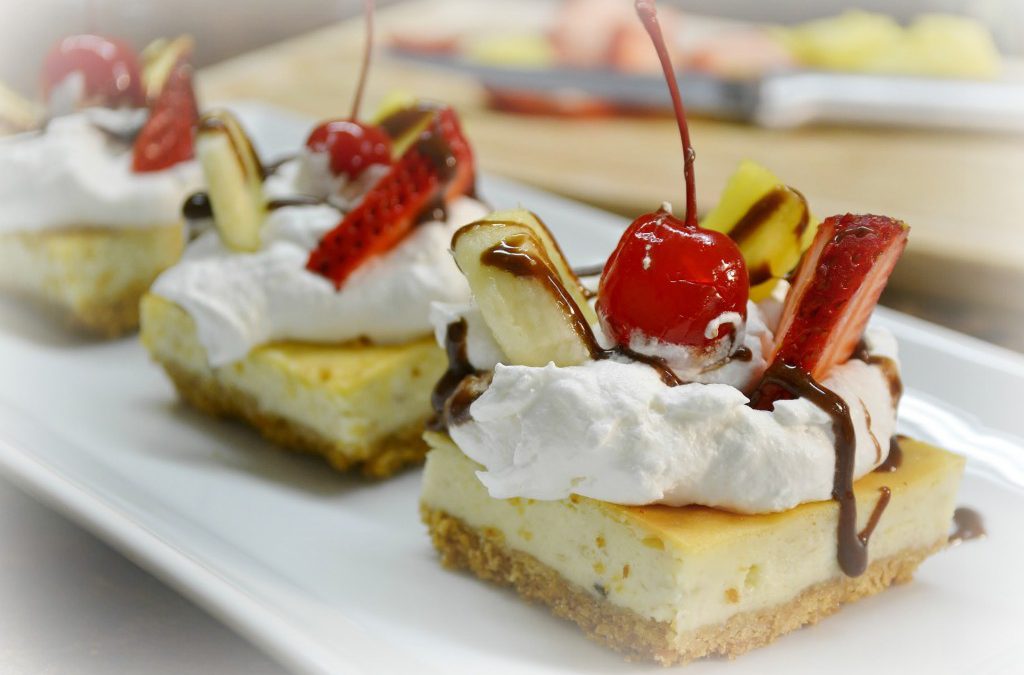 It’s sweet summertime and what sweeter treat could you find than this?! Banana splits are delicious in the summer because of the freshness of the fruit combined with the cool, sweet ice cream.

Try these Banana Split Cheesecake Squares, a fun twist on a summer favorite! 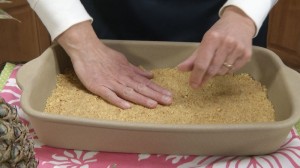 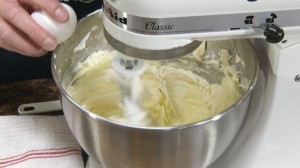 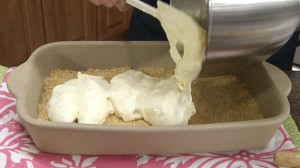 Pour mixture into crust. Bake at 350 degrees for 30 minutes or until center is almost set; cool. Refrigerate 3 hours or overnight. 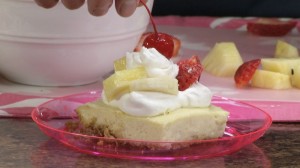 Top with whipped topping, strawberries, sliced banana and pineapple. If desired, sprinkle with nuts, add a cherry, and drizzle with chocolate syrup. Cut into squares. 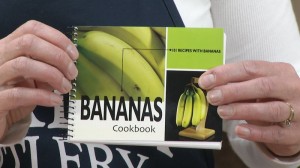 If you love your bananas, we’ve got the best invention since the banana split! Check out our cookbook 101 Recipes with Bananas. It’s chock-full of appetizers, main dishes, and desserts all made with bananas.

Order your own cookbook at the Rada Kitchen Store!

Fundraise with the Best!

Rada Cutlery fundraisers have been helping nonprofit groups meet and exceed their financial goals since 1948.

The Rada Cutlery EASY guide to learn more about why a Rada fundraiser is what’s best for your group!

Hi, Kristy at the Rada Kitchen. Today we’re going to make a recipe out of our cookbook called 101 Recipes for Bananas. Today I’m going to make banana split cheesecake squares.

The ingredients you’ll need are three 8 oz. packages of cream cheese softened, two cups of graham cracker crumbs (14 whole graham crackers that have been crushed), a third cup margarine/butter melted, a teaspoon of vanilla, a cup of sugar we’ll divide later, 3 eggs, a half cup of mashed bananas, and later for decoration, we’ll need a cup of halved strawberries, a banana we’re going to toss with lemon juice, and some chunked pineapple.

So the first thing we’re going to do is mix our crushed graham crackers with butter. Now to crush graham crackers, I put them in a Ziploc bag and take a rolling pin and crush them up. In a bowl, add a third cup melted butter to graham crackers. Mix it up. Then add a fourth cup of sugar. On the recipe, it said sugar divided, so that’s what it means, we’re not going to use the whole cup. To this, we’ll add a fourth cup.

Now we’re going to put our crumbs into a 9″x 13″ baking pan. Then you want to press it into the bottom of the pan.

I have my oven preheating at 350 degrees. Now we’re going to make the cheesecake filling. In the mixer, you’ll add the three 8 oz. packages of cream cheese and then the rest of your sugar, the 3/4 cup, and a teaspoon of vanilla. Then we’re going to mix that so it’s all mixed really well.

Now we’re going to add our three eggs. I like to add them one at a time till they’re gradually well blended, not overbeat. Now to make it a banana split, we’re going to add a half cup of mashed bananas. Really ripe bananas work best when you have to mash them for recipes like that.

Once the bananas are all blended in, we’ll pour the mix into our pan with the graham cracker crust. Now you’ll put this in the oven at 350 degrees for 30 minutes until the center is almost set.

So my cheesecake is baked, I let it cool, and I put it in the refrigerator for 3 hours or overnight, and now I’m going to put the toppings on. You can put all the toppings over the cake, or you can do what I’m going to do–put one fruit on each cake.

First you’ll need a banana that’s sliced. To keep the bananas from getting brown, I’m going to put them in a bowl with some lemon juice. Then I’m going to put some fresh pineapple with the French Chef knife. It’s really sharp–it cuts that top off easily. Cut the bottom off, slice it in half. Pineapple has a hard core in the middle you don’t want to eat. So I’m going to cut the half into three and then I’m going to cut down the core. Now I’m going to go around and cut off the outside. Then cut individual slices.

Slice some strawberries. Put some whipped cream on top of the cake, then banana, some pineapple, and then a strawberry slice. Top it off with a cherry and chocolate syrup. That’s the banana split cheesecake. It’s in the 101 Recipes Using Bananas Cookbook. It has everything from appetizers, beverages, main dishes and desserts. 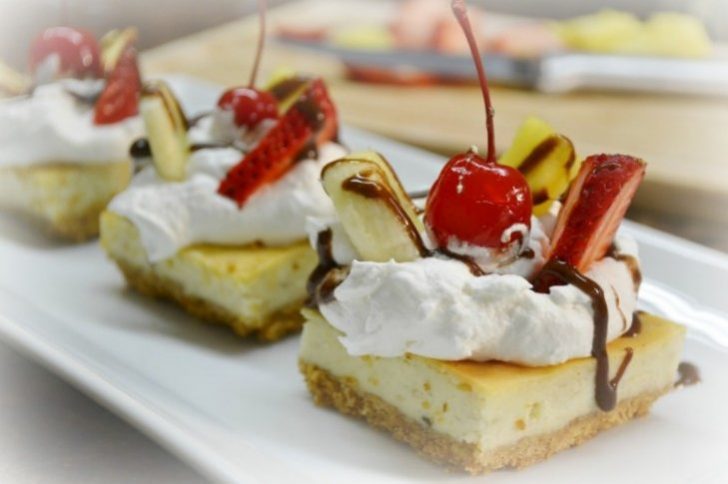