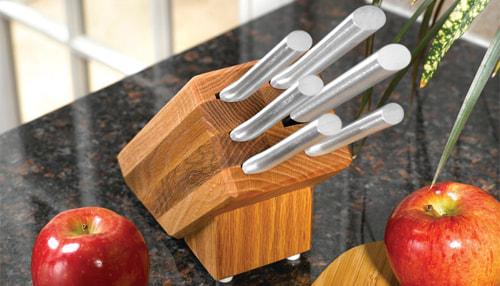 Diane Sawyer of ABC took viewers on a tour of American-made products that would be perfect for a Christmas present. Among the places recognized was Rada Cutlery. “There is a company in Iowa named Rada Cutlery and they make the best knives I have ever used,” wrote Monica Anschuetz.

The show focuses on our country’s excessive use of buying imports rather than products made in the United States and the effects that can have on our economy. ABC News reports that 60 percent of consumer goods bought in the U.S. are foreign made.

Over the course of the series Sawyer has visited over 40 states finding hundreds of products Made in America. The television series reports that “if every American spent an extra $3.33 on U.S.-made goods, it would create almost 10,000 new jobs in this country.”

Watch this video for a look at what makes Rada Cutlery products so remarkable!